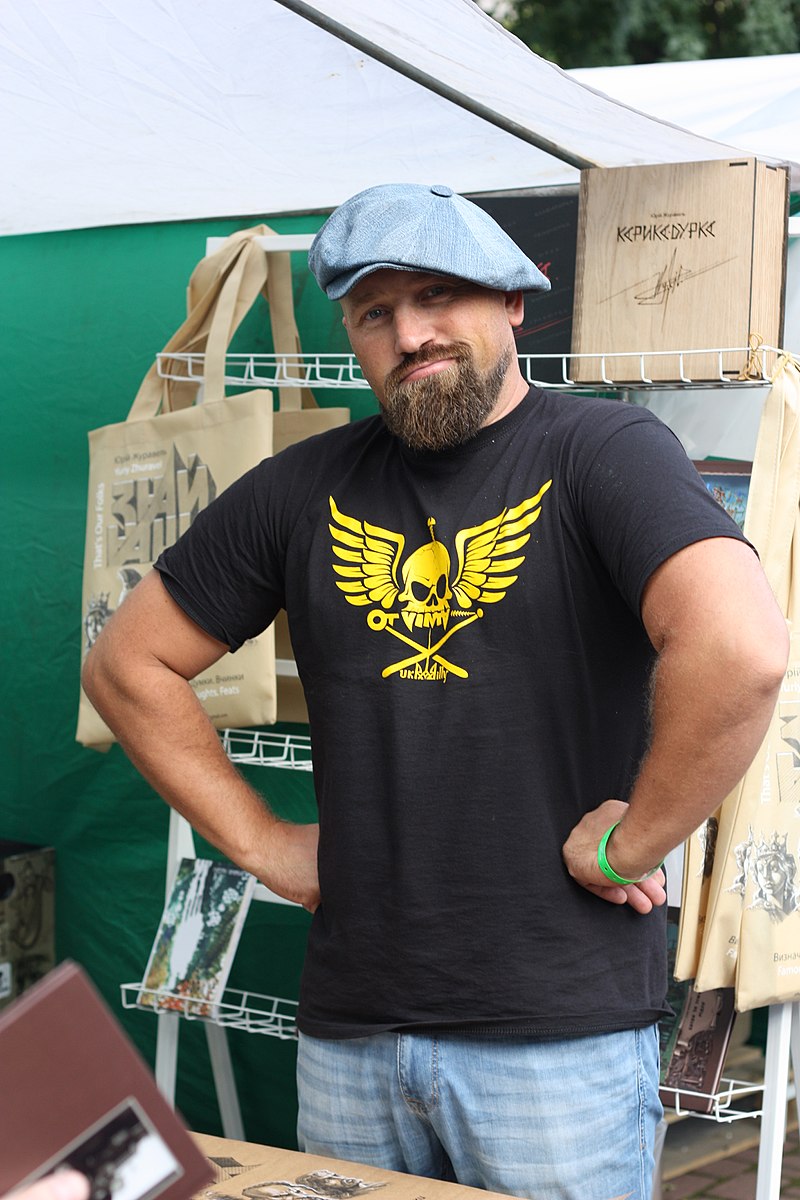 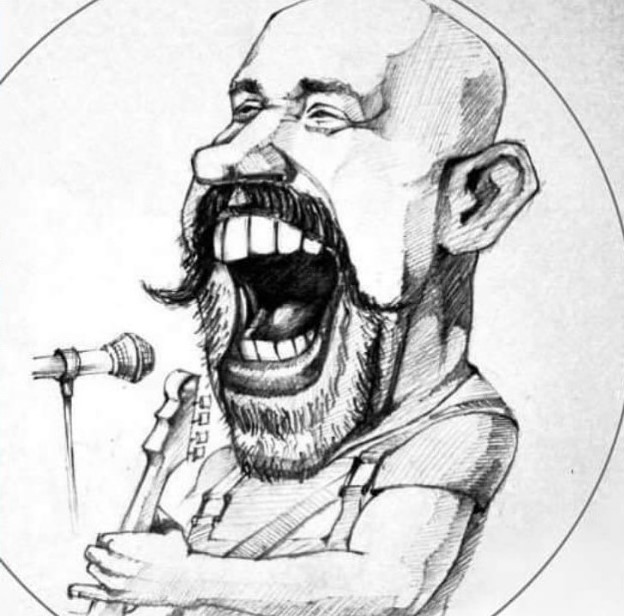 Father – Zhuravel Grigory Vasilyevich. Mother – Balyk Galina Alexandrovna. My father was a military man, my mother was a teacher, so the family often moved from place to place. At school age, he changed as many as 7 schools. He connects the happiest period of his childhood with a school in the city of Gaisin, Vinnytsia region. Yuri studied there in the 8th grade. It was at this school that the well-known Vladimir Vysotsky studied.

When I first arrived in Rivne, I got to the performance of the then famous band Black Coffee. By that time, Yuri Zhuravel was already interested in rock music. The opening act was performed by the band “Mr. Twister”, which attracted the attention of the future musician and gave him a creative impetus. Not knowing how to play the guitar, he bought himself this musical instrument and learned to play himself, not knowing the notes and the correct structure.

Later, while working at the Rivne theater “From the Lantern”, Yuri Zhuravel and his friends wrote musical arrangements for the performances “Pippi Dovgachulok”, “Ordinary Miracle” and tried to play as a live theater orchestra. And then, at one of the first charity marathons of the Rivne Palace of Children and Youth, the group “From the Screw” performed a full concert program.

He has a higher education, graduated from the Faculty of Pedagogy and Methods of Primary Education of the Rivne State Pedagogical Institute with a degree in “fundamentals of design and fine art”.

Paskar’s wife Marina Timofeevna died in 2014 . He has a daughter, Ekaterina, who is studying journalism in Warsaw. On September 13, 2020, Yuri and master Natalia Semchik had a son, Aeneas.

Yuri Zhuravel calls diligence and purposefulness among his advantages, and compliance and “braking” are among his disadvantages. He considers work the best hobby. He likes to play volleyball and badminton, swim, and the most pleasant vacation is when his daughter comes home. Yuri Zhuravel defines his life credo, referring to the writer Mikhail Staritsky: “Sing, weep and be ready to take a crown of thorns on your forehead instead of a laurel.”

Yuri Zhuravel on the cover of the newspaper “Culture and Life”

Yuri Zhuravel is the inventor and founder of the musical direction “ukrabili”. The author of the words and music of the albums of the group “Here’s the Point!”, the winner of many rock festivals in Ukraine, Russia, Poland and Lithuania is the head of the children’s group “Evil Malaya”.

Pioneer of the Ukrainian flash clip animation. Animated films by Yuri Zhuravl: “There was no trouble for a woman — I bought a piglet”, “Oplya — potato!” and animated replay “I ate onions in vain” have repeatedly won prizes in the charts of the leading music channels of Ukraine, Russia and Lithuania.

Yuri Zhuravel drew fabulous graphics for the TaRuta band’s video for the song Borom-Borom. Actually, the clip was shot in the Carpathians by film director Taras Himich.

Famous Yuri Zhuravel and as an artist. It was his drawings that illustrated Mazeppa’s book. Step to the truth” and the novel by famous Ukrainian writers Kapranov Brothers “Diary of my secretary”.

Together with the Kapranovs, Yuriy Zhuravel joined the creation of the “Hand-drawn History of Independence of Ukraine”. Artists from 5 cities of Ukraine worked on the design of the book, and Yuri Zhuravel became the author of portraits of outstanding Ukrainians. At first, he had to make comics into a book, but because of the tight schedule of performances, he did not have time to draw in full, and therefore focused only on portraits. There are many figures that no one has seen in reality,” says Yuri Zhuravel. — They had to be depicted according to different historical data and their own ideas. I decided to portray some of them more “alive” than they are usually portrayed. For example, Lesya Ukrainka, whose face shows not only emotional unrest, but also physical pain.

Zhuravel also created a number of drawings in which he conveyed his vision of Ukrainian politicians. These drawings immediately gained great popularity on the Internet.

During the European Revolution, Yuri Zhuravel created a series of drawings in the genre of graphics (60-70 works) for the malice of the day, which the Berkut fighters burned on February 18, 2014 in Kiev at the intersection of Hrushevsky and Khreshchatyk streets:

They can’t draw, and the only thing they can do is burn. As Bulgakov said, manuscripts don’t burn. Photos of drawings are distributed on the Internet, in social networks, so the exhibition prolongs life.

He also drew a chevron for the Maidan protesters.

In 2014-2015, Yuri Zhuravel published a two-volume caricature book “Caricadurka”, the funds for the publication of which were collected, among other things, through crowdfunding.

In 2016, he published a tablet book “Battles for the Native Land”. The book was published thanks to the program of the Ministry of Youth and Sports of Ukraine with the support of the Rivne Regional State Administration.

Yuri Zhuravel about the book “Battles for the Native Land”:

I want every boy who will leaf through these pages to plunge headlong into the time and space of glorious battles, imagine himself a hero-defender, feel the weight of the sword of Svyatoslav the Brave with his hand, try on the armor of Prince Ostrogsky, hit the enemy with a Galom Cossack saber and shouted with all his might victorious — Glory!!!

The motto of life: “An intelligent facial expression is not a sign of intelligence. Smile!!!”.

In 2019, he published the first volume of the book “Know Our People”, which tells about outstanding Ukrainians in text and illustrated form. There are 59 characters in the book, 118 illustrations by Yuri Zhuravl. 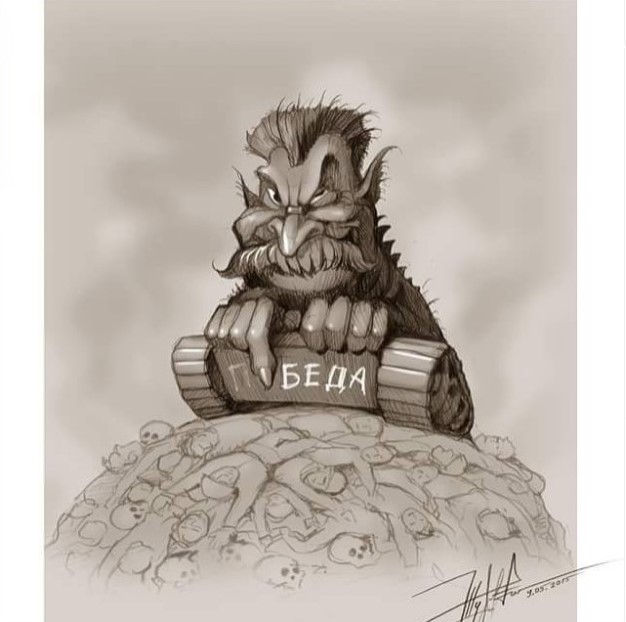 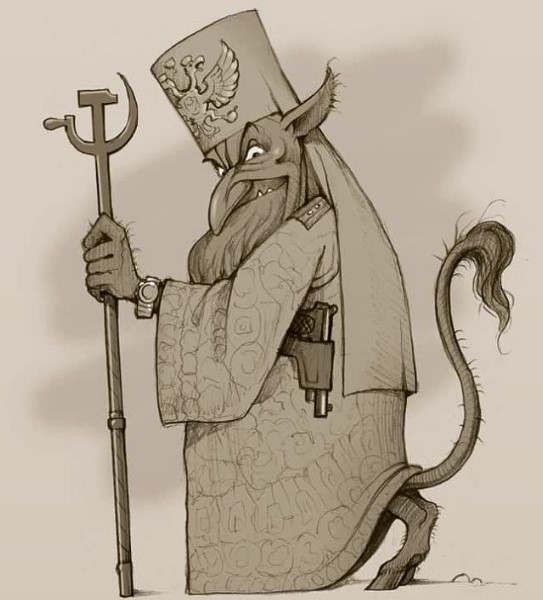 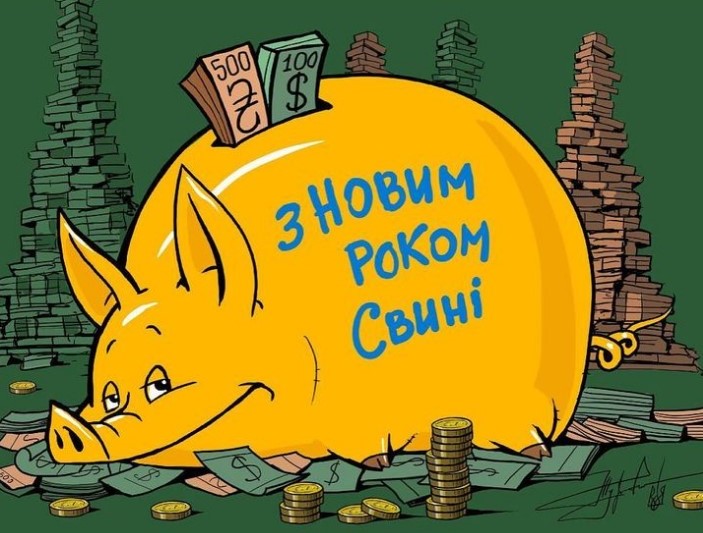