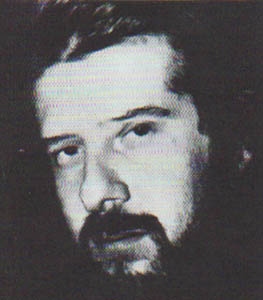 Was born in 1954. His first cartoon was published in 1973.
He graduated from the Syktyvkar College of Arts. Then the Art and Graphic Department of the Khabarovsk Pedagogical Institute. He became a secretary of the youth association of the Samarkand branch of the USSR Artists Union. He published a hundreds cartoons in central and republican newspapers and magazines, took part in twenty posters and cartoon exibitions and became a laureate of one of the most popular humor festivals in Japan.
He’s a participant of an international cartoon contests:
8th International Cartoon Competition — bronze medal;
9th International Cartoon Contest — special prize;
Tokyo, 1986;
Ancona, Italy.

He is a laureate of the Lenin Komsomol Prize of Uzbekistan.