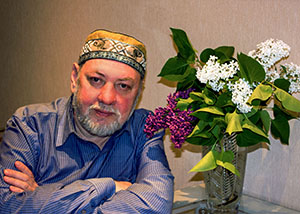 Was born on July 17, 1951 in Leningrad (St – Petersburg) .
He graduated from the Leningrad Suvorov Military School in 1969. Then he worked in the Theatre of Musical Comedy and the Aurora Art Publishers, after the graduation from the Polygrafic Art College in Leningrad he worked as a book and magazine editor. He is a free-lance artist. He also specialize in epitaphs on granite and marble.
His drawings were published in newspapers and magazines in Russia and abroad.
He’s taken part in an international cartoon exhibitions since 1977.