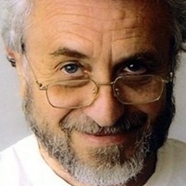 Professional Background:
He is a technician by profession and he’s been engaged in cartoon since 1979. His works were published in Bulgarian and foreign press. He published a three books of cartoon and also an aphorism book: Zidarya (“Brickwork”), 2001, Edno na um (“Something to Keep in Mind”), 2006, Piratki (“Crackers”), 2008 and Obratna Zahapka (“Overbite”), 2012.

His works were selected to be shown in international cartoon competitions in Bulgaria, Belgium, Australia, Romania, Greece, Macedonia, Israel, Portugal, USA, Canada, Turkey, Italy, Great Britain, Norway, Serbia, France, South Korea and Japan. Since 1981 He’s been participating in the International Biennale of Humor and Satire in Gabrovo, as well as in the cartoon competitions such as Fun-Loving Balkans (1996), Europe Dreams of Bulgaria (1998) and What, Switzerland? (2004) held by the House of Humour and Satire. In 2007, he and the Tryavna cartoonists Svetlin Stefanov and Plamen Penev, showed their works in the Three in One group exhibition hosted by the House of Humour and Satire. He also held a several solo exhibitions in Tryavna. In 2005 a number of his works were on display at the Bulgarian Information Tourist Office in Rotterdam (the Netherlands).