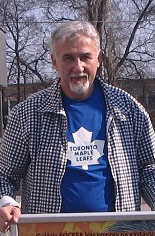 He worked in the Ministry of Czechoslovakia and Slovakia abroad and in the area of foreign economic relations. The accumulated knowledge contributed to the improvement of his skills as a journalist and further work in various fields of culture. He was engaged in applied art and caricature, preferring caricature. Worked at the radio, cooperated with sports magazines and with comic magazines such as Roháč, Dikobraz, Nový Dikobraz, Kocúrkovo, TELEplus, Literárny týždenník, Divoké víno, Pozitívni noviny, Krokodil etc. He published articles about caricatures, took more than a hundred interviews with artists from Slovakia, Czech Republic, the countries of the former USSR, Bulgaria, Romania, Poland, Hungary, Cuba, Mexico, Brazil, Argentina, Turkey, Netherlands.
He was a jury member at caricature competitions in Slovakia and other countries.
His political cartoons were published in Magazín Kocúrkovo and in the almanac of the 50th Anniversary of the EO (Treaty of Romea). Аfter 2006 he founded an international non-commercial exhibitions of friendly cartoons in the Slovak Republic. 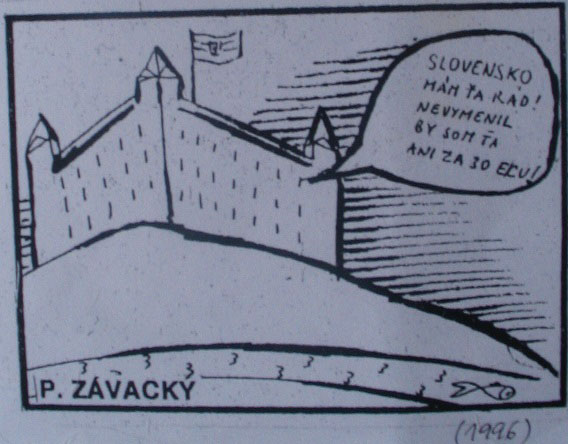 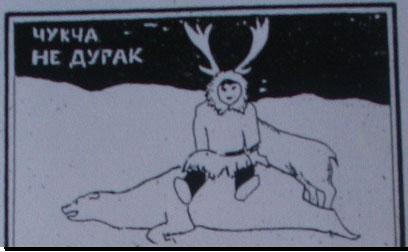 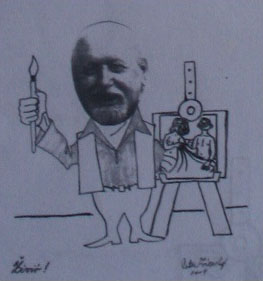