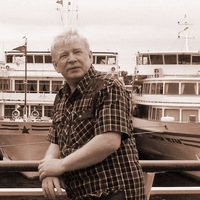 Cartoonist
Born on March 13, 1954 in Perm. He graduated from the Perm School of Culture and the Moscow University of Arts. He worked as an apparatchik, a graphic designer, a stage designer of the national theater, a literary employee of large-circulation newspapers, a teacher in high school, a screenwriter of the district department of culture, a technologist in a construction company, etc.
It began to be printed in the late 70s of the twentieth century in the Perm newspapers Zvezda and Vechernaya Perm. Poems, prose, drama, scripts, humorous stories, cartoons were published in central and local newspapers and magazines.
Author of the collection of club scripts “Crimson Bell” (1995) and three collections of fairy tales: “The Right Word” (1997) and “Ringing Dew” (2003), “Hidden Forest” (2013) published in Yekaterinburg.
Laureate, diploma holder, prize-winner of a number of international, All-Union, All-Russian, regional, regional competitions and festivals. He was awarded the Medal of the Ministry of Culture of Russia “For Achievements in the Culture of the Russian Federation”.
Honorary resident of the village of Patrusha. Since 1986, he has been living and working in the Sysert city district.
Reference:  zavarzin.jimbo.com