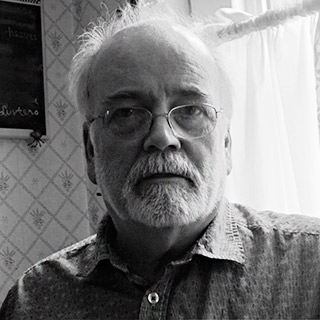 American cartoonist born in New York City on July 13, 1942. Jack Ziegler was educated at Fordham University, where he received his bachelor’s degree in communications arts. He has had no formal art training. His first cartoon sale was to the Saturday Review World in 1972, and his work first appeared in the New Yorker in February 1974. Other publications to which he has contributed include Esquire, the New York Times, Cosmopolitan, National Lampoon, Writer’s Digest, TV Guide, Oui and Rolling Stone. His first cartoon collection, Hamburger Madness, was published by Harcourt-Brace in 1978.

That Ziegler would be a successful cartoonist was obvious from his first (and personally well-remembered) New Yorker panel, in which a heavenly assembly-line superintendent, confronted by mooing ducks pouring out of his machines, is shown worriedly on the phone: “Hello? Beasts of the Field? This is Lou over in Birds of the Air. Anything funny going on at your end?” The sheer inventive genius of this idea and its bold ink-line rendering immediately stamped the artist as a young man to be reckoned with. And indeed, his subsequent work in the gag cartoon genre has more than confirmed this initial promise.

But Ziegler has not been content to stay within the usual format. He has recently initiated a new approach in which the drawing relates to the descriptive caption rather than vice versa, as is usually the case. It is a subtle distinction and therefore does not readily lend itself to explanation. Certainly it must derive in large part from Ziegler’s training in communications, for the intent of these pieces is definitely to convey attitudes, emotions or ideas via the caricaturist’s technique. The closest analog among current artists—although the similarity is only in intent—would seem to be Jules Feiffer. One of Ziegler’s efforts along this line presents the following bit of New-speak: “Long after losing the election. Fred Gort continued to campaign, thus making a mockery of those reporters who called him the ‘I don’t care’ candidate.” The drawing shows a slightly insane-looking but conventionally dressed man making an impassioned address in an empty hall.