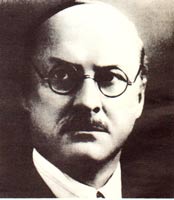 And Alexander Aleksandrovich Junger showed himself as a teacher, practitioner and theorist of architecture, a theatrical figure, and his artistic heritage includes almost all kinds of graphic works – a poster, an illustration, easel graphics. He was engaged in painting.

It seemed that there were no people more polar than he and his friend A. Rudakov.
He collaborated with the Satyricon, and with the children’s magazine Galchenok.
So it was in Leningrad Soviet humor.

Alexander Younger entered the satirical shop as a student.
He was born in 1883.
In 1902, after graduating from the gymnasium and drawing classes of the Society for the Encouragement of Arts, he entered the architectural department of the Institute of Civil Engineers and simultaneously at the same architectural department of the Academy of Fine Arts in St. Petersburg, which he graduated with a gold medal. “I started drawing early. I started painting from the age of 4 .., – he wrote later in his humorous autobiography. – Yes, from the 4th, according to the mother’s testimony, from the age of 4. I received the first order when I was seven years old. The customer was my younger brother (5 years). When I grew up, I started working in magazines. ”
In 1905, the young artist published his first drawings in the same “Dragonfly”, soon becomes a leading employee of the magazine “Sprut”.
Do not interrupt the connection with the Dragonfly.
At one of the editorial meetings it was decided to turn the magazine from humorous into a satirical one. And Radakov suggested giving the magazine a new name. Thus, the best satirical magazine of pre-revolutionary Russia appeared – “Satyricon” (Since 1913 the magazine was called “The New Satyricon”).

And Jünger became the head of the art department.
In 1916, Alexander Junger, was working on a thesis project
In 1918, Alexander Junger was in the Kuban, in Krasnodar, where, as he wrote in his autobiography, “until 1925 was a professor and dean of the architectural faculty of the Kuban Polytechnic Institute.
In the Kuban, he designed the expansion of the city of Krasnodar and the city of Novorossiysk. ”
He did not leave graphics, worked in book illustrations, performed posters. In Krasnodar, Jünger together with S. Ya. Marshak participated in the creation of the first Soviet theater for children.
In December 1917 he, with K. Chukovsky, V. Lebedev, A. Benois participates in the design of the children’s almanac “Elka”.
Since 1918 he works as a theatrical decorator, organizes and decorates a tavern “Petrushka”.
In 1919 he began to collaborate in the “Windows of Growth”, draw up books of the series “People’s Library” and a children’s magazine “Northern Lights”, published under the editorship of M. Gorky.
Next year, together with Gorky and Chukovsky, he develops the editorial plan for the children’s department of the publishing house World Literature and directs the artistic part of the children’s department of GIZ.
In 1920 he published a series of posters “Against Illiteracy” in the manner of “modern lubok.”
These posters were awarded a gold medal at the World Exhibition in 1925 in Paris.
And since 1922, that is, since the advent of the satirical magazines Crocodile, Muhomor, Bezbozhnik, he becomes one of their most active authors.
Since 1924 is published in a new magazine – “Behemoth”.
Then he was published in the Cannon and in the Inspector General.