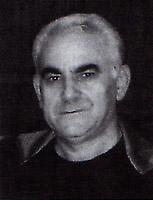 He was born in the Ujar district in 1948.
Graduated from the A. Azimzade State Art School in 1973.
In 1978 he graduated from the Leningrad Higher Art and Industrial School named after V. Mukhina (Stieglitz).
He took part in exhibitions and competitions held in Moscow and Leningrad until 1990. He works as an art editor in the magazine “Gunash” (Sun) since 1992. He prints like a cartoonist in the Republican press.
Participant of republican and international exhibitions.
Since 2005 he is a member of the Union of Artists of Azerbaijan.
Since 2006 he is a member of the Cartoonists Association of Azerbaijan.
Member of the Azerbaijan Group in the FECO (Federation of Cartoonist Organizations).