Albert Borth Wenzel was educated at the Grand Central School of Art. He began his career in comics in the late 1940s by contributing to comic books by D.S. Publishing and Lev Gleason (a.o. Crime Does Not Pay, Little Wise Guys). He did romance stories for Marvel, fillers for DC and some horror work for ACG in the 1950s. He was an assistant on the syndicated newspaper comics ‘The Spirit’ (1951-52) by Will Eisner and ‘Steve Roper’ (1957-59) by William Overgard.

Wenzel became Roy Crane‘s assistant on the ‘Buz Sawyer’ Sunday in 1960 and by 1962, he did scripts, pencils and ink. He continued to work on this strip, telling the urban adventures of Sawyer’s sidekick ‘Roscoe Sweeney’, until 1974. In the late 1970s and early 1980s, he illustrated some giveaway comic books for the Federal Reserve Bank of New York. 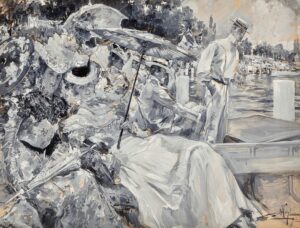 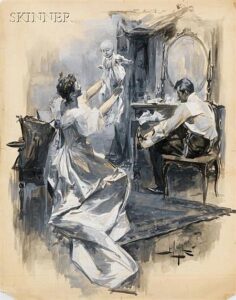