Robert Maxwell Weber was an American cartoonist known for more than 1,400 cartoons that appeared in The New Yorker from 1962 to 2007. Born in Los Angeles , he served in the Coast Guard during World War II . and later studied at the Pratt Institute and the Art Students League of New York. He worked as a fashion illustrator for Harper’s Bazaar and other magazines before becoming a cartoonist. He died in Branford, Connecticut at the age of 92. 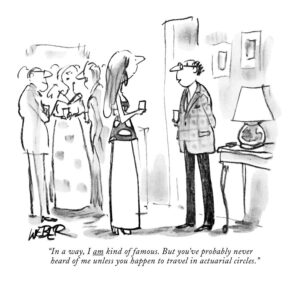 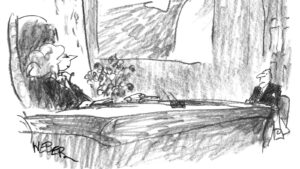 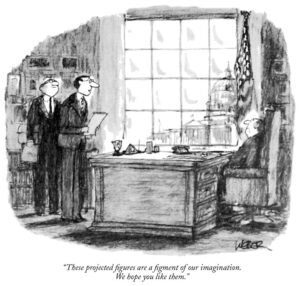