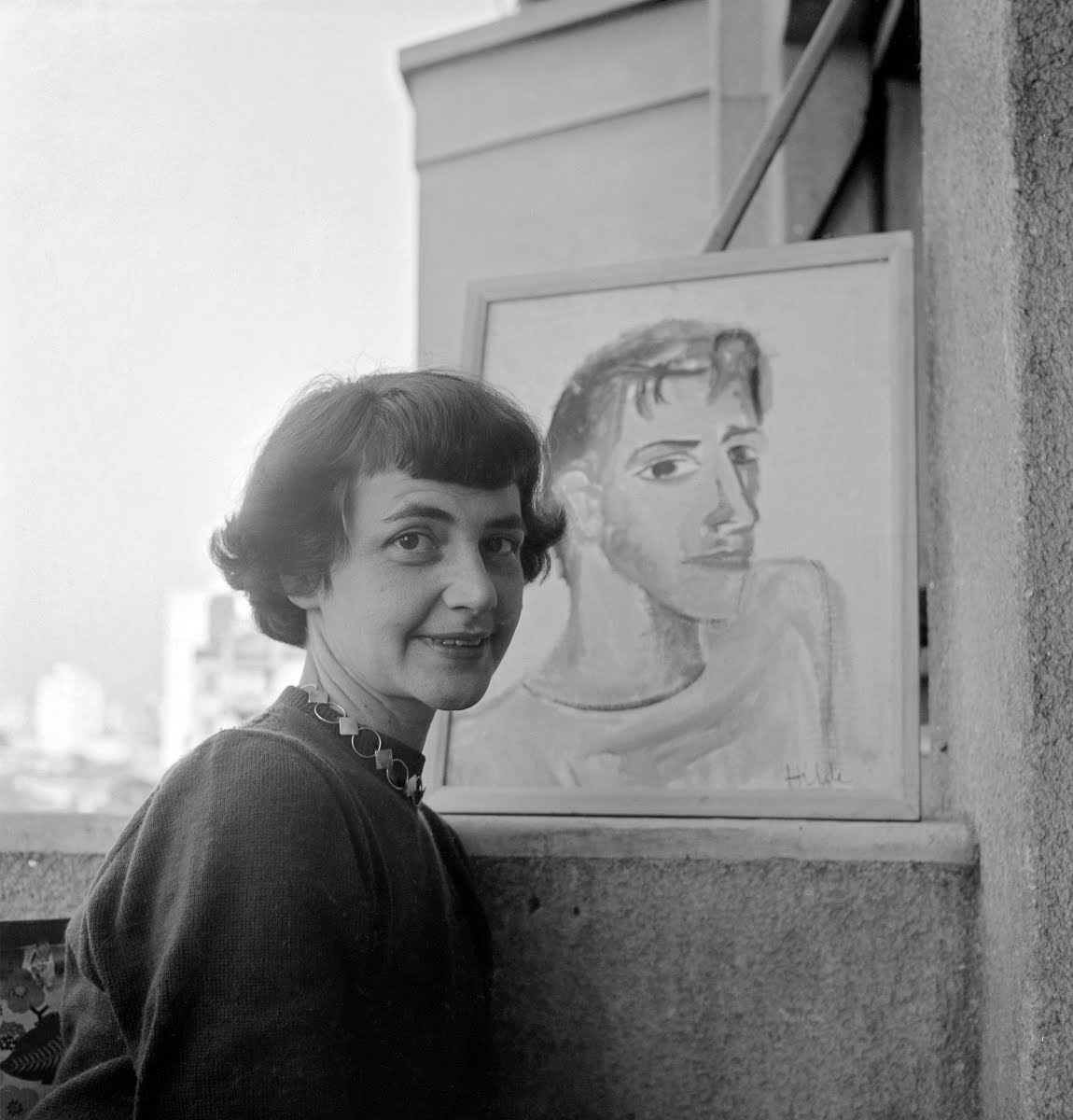 She was the first female cartoonist in the Brazilian press, working for publications such as A Cigarra, O Cruzeiro, Manchete and Tribuna da Imprensa, where she became known for her political cartoons.

Hilde Weber was born in 1913 in the German town of Waldau. Her parents separated when she was little, and she was raised by family friends and her aunt Claire, who was an artist. Weber studied fine art at the Academy of Fine Arts in Hamburg, possibly due to her aunt’s influence. In 1930, she began working as an apprentice at a graphics studio in Hamburg. As a teenager, she also worked as an illustrator for the German newspapers Hamburger Anzeiger and Hamburger Fremdenblatt.

In 1933, when Hitler came to power in Germany, at just 20 years old, Weber went to Brazil in search of her father, pilot Edmund Weber, who moved to the country after the First World War. In Rio de Janeiro, she began working as an artist in the media group Diários Associados, illustrating reports written by Rubem Braga. She also worked as an illustrator for the magazines O Cruzeiro and A Cigarra, for which she was the cover artist. From 1933 to 1934. Weber also started drawing political cartoons early, first for the Constitutional Party in its campaign against Jetulio Vargas.

She became a permanent resident of Brazil in 1940, and received Brazilian citizenship in 1950.

Weber lived in Sao Paulo from 1943 to 1950, drawing for the newspapers Folha da Manhã and Noite Ilustrada. She participated in the work of Grupo Santa Helena, a group of artists who gathered in a building known as the Palacete Santa Helena. She worked in painting and ceramics in the Osirarte workshop together with artists such as Alfredo Volpi and Mario Zanini. Working in this and other workshops, Weber contributed to the azuleju tile cladding of buildings such as the Church of St. Francis of Assisi in Pampulha. She also worked in theater design, including in the production of “Carnival of Thieves” by Jean Anouilh.

In 1950, she returned to Rio, getting a job as a cartoonist for the newspaper “Tribunal da Impresa”, which was run by Carlos Lacerda, an influential figure in the conservative National Democratic Union party. There she drew satirical cartoons related to the news of the day, often depicting President Jetuliu Vargas, who, under Lacerda’s leadership, acquired an anti-Peronist bias.  She also created a Tribulino comic strip for the newspaper. Weber worked at the Tribunal until the newspaper was sold in 1962. After that, she returned to Sao Paulo, where she lived the rest of her life. She was hired to work for the newspaper O Estado de S. Paulo, where she had worked since 1956.

In 1960, she won the World Newspaper Forum Cartoon Contest as the best Latin American cartoonist. Her works have been exhibited at the Salon of the National Union of Plastic Artists, in five editions of the Art Biennale in Sao Paulo, at the Exhibition of Contemporary Art in Belo Horizonte, as well as in the Official and National Salons of Contemporary Art in Rio de Janeiro.

Weber was married three times. With her second husband, journalist Claudio Abramo, she had one son, Claudio Weber Abramo, who was also a journalist. 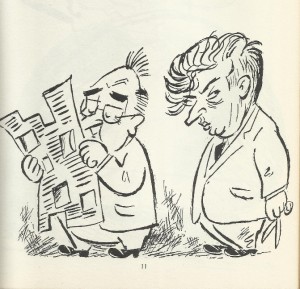