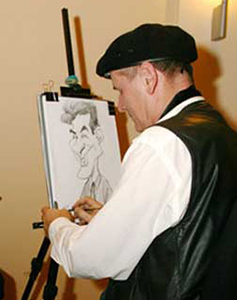 He was born on October 29, 1958 in Benkovac, Croatia, Yugoslavia, in the family of a police officer and a housewife.
He graduated from the Belgrade University, (Faculty of Geology and Mining with a specialization in hydrogeology) in 1984.
He worked in the Time magazine as a graphic designer since 1989 till 1993.
His first cartoon was published in the Studio magazine in 1976.
Then his works were published in Ošišani Jež, Time, Lidove noviny, etc.
He is a participant in international cartoon contests.
Held a solo exhibition in Prague (2003).
A personal cartoon compilation was published in 2002.
Heis a member of the Association of Croatian cartoonists.