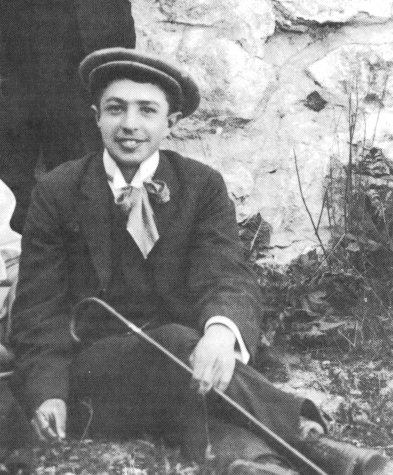 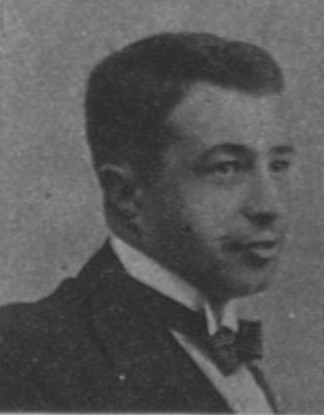 Toivo (Topi) Alaric Wikstedt came from a family of glassblowers and while studying at the Vyborg Lyceum, he studied at the Vyborg Art School in parallel. He then continued his education at the Helsinki Academy of Fine Arts 1909-1912. After graduating with the highest score, he continued his studies in Copenhagen. In the period 1914-1916 he was a member of the De Tre group together with Harry Reneholm and Bruno Tuukkanen.

Among other things, Wikstedt earned his living by drawing cartoons in magazines, initially mainly in the satirical Tuulispää. In 1917, he moved to the magazine “Kerberos”, where the leading cartoonists of the country gathered, where he also worked as editor-in-chief.

In 1916-1918 Wikstedt also worked at the Finnish Art Association as a curator, from 1921 onwards – school teachers, and in 1923 the school was included in the “Otava” unit in the most expensive building materials.

Vikstedt created his biggest paintings together with Bruno Tuukkasen, such as frescoes in the Runda Thornet restaurant in Vyborg (1923) and ceiling paintings in the Capitol Cinema in Helsinki (1928). He also designed the logo of the Academic Karelian Society and painted a picture of the uprising in East Karelia for the poster “About Karelia”.

He is buried at the Sanduda Cemetery in Helsinki. 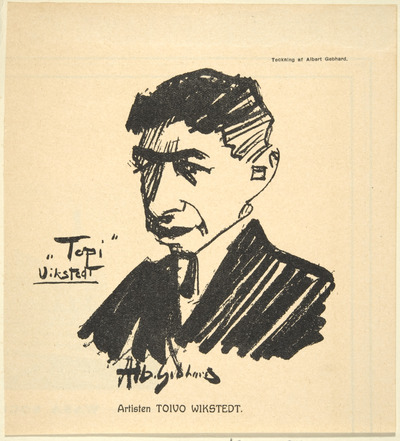 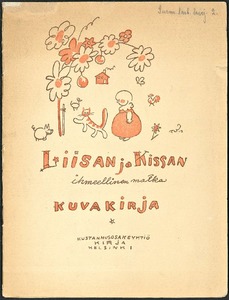