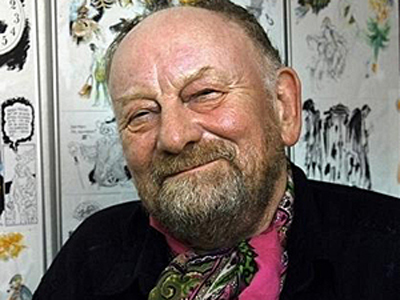 Westergaard was born on 13 July 1935 in the village of Døstrup, in the Himmerland area of Jutland. He grew up in a conservative Christian family (Inner Mission) environment in Himmerland, going to Sunday school. Westergaard was introduced to Cultural Radicalism during high school in the 1950s, which he experienced as an “epiphany” and “a liberation from the religious subjugation of his childhood.”

Westergaard is a trained schoolteacher, educated at Ranum Seminarium. After working as a teacher for some time, he later enrolled at the University of Copenhagen to study psychology. He subsequently worked as a teacher for handicapped children, and has been principal of a school in the Djursland area for the handicapped.

Briefly working for the newspaper Demokraten, he has been a cartoonist for Jyllands-Posten since the early 1980s.

Prophet cartoons controversy; including cartoon by Westergaard. Although 20 years, he became known for his depiction of Muhammed wearing a bomb in a turban.

This cartoon was the most contentious of the 12 Jyllands-Posten Muhammad cartoons, which met with strong reactions from Muslims worldwide, including Western countries. Since the drawing of the cartoon, Westergaard has received numerous death threats and been a target of assassination attempts. As a result, he is under constant police protection.

In a 2009 interview, Westergaard said he was trying to “show that terrorists get their spiritual ammunition from parts of Islam and with this spiritual ammunition, and with dynamite and other explosives, they kill people.” He takes issue with the way Danish people have judged his intentions, telling Canadian blogger Jonathan Kay that he has been shunned by many of his former friends: “One of my old friends from the left, he said last year to me ‘There are many who say that if something happens to [you], you were asking for it’ — that it would be my own fault.”

Westergaard has criticised the reaction of immigrant communities in Denmark to his cartoon, stating that “many of the immigrants who came to Denmark, they had nothing. We gave them everything – money, apartments, their own schools, free university, health care. In return, we asked one thing – respect for democratic values, including free speech. Do they agree? This is my simple test.”