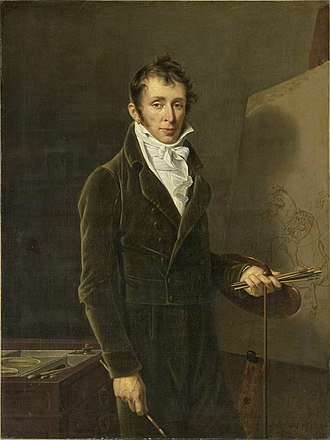 Vernet was born in Bordeaux. At the age of five, he showed an extraordinary passion for drawing horses, but took the usual academic course as a student of his father and Nicolas-Bernard Lepisi. Oddly enough, after receiving the Rome Prize (1782), he seemed to have lost interest in the profession, and his father had to recall him from Rome so that he would not enter a monastery.

In his Triumph of Emilius Paulus, Vernet broke tradition and painted a horse in the forms he learned from nature in stables and riding schools. His hunting works, racing, landscapes and lithograph work were also very popular.

Karl’s sister was executed by guillotine during the revolution. After that, he left art.

When he started working again under the direction of the French Directory (1795-1799), his style changed radically. He began to draw in great detail battles and campaigns to glorify Napoleon.  His drawings of Napoleon’s Italian campaign received recognition, as did the Battle of Marengo, and for his “Morning of Austerlitz” Napoleon awarded him the Legion of Honor, and Louis XVIII of France awarded him the Order of St. Michael. Subsequently, he excelled in hunting scenes and images of horses.

In addition to being a painter and lithographer, Carl Vernet was an avid horseman. Just a few days before his death at the age of seventy-eight, he was seen racing as if he were a sprightly young man.

He died in Paris. 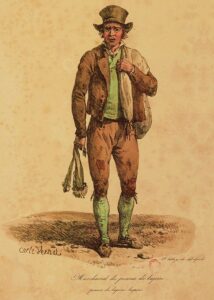 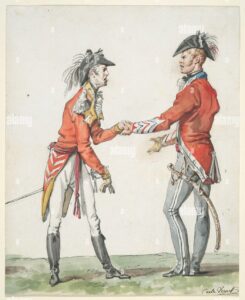 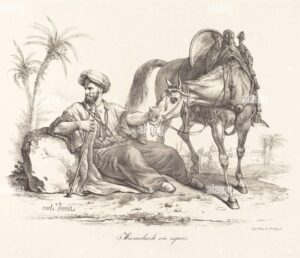