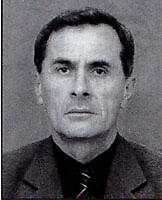 He was born in Shaki region in 1954. He graduated from Azerbaijan Pedagogical University in 1976. In 1992 he finished the course of Azerbaijan Journalist Mastership. Since 1983 he has been working as a cartoonist in the Kirpi (Hedgehog) satirical magazine. At the same time, his works have been published in the Republic press. At present he works as a cartoonist in the Hesabat (Account) magazine. He is a competitor and a prize-winner of International cartoon competitions held both in the Republic and abroad. Since 2006 he is a member of Azerbaijan Cartoonists Union. He is a member of Azerbaijan group in FECO (Federation of Cartoonists Organisations).