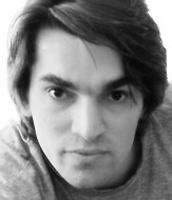 He was born in Tehran, Iran in 1984.
Bachelor of Mechanical Engineering University of Semnan, Iran.
Freelance cartoonist, graphic designer and participant in a national and international cartoon competitions.