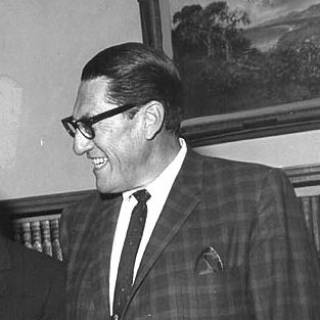 Bert Whitman was born a self taught artist, He worked for the Los Angeles Times at age 16 and drew for the Detroit Mirror from 1929 until 1932. In 1937, he was on the staff of the Cincinnati Enquirer. Following his time at the Miami Herald from 1948 to 1952, Whitman began working as an editorial cartoonist for the Stockton Record in Stockton, California where he stayed until moving on to the Phoenix Gazette in 1969. Whitman was a member of the American Cartoonists Society. Whitman, also an avid painter, had his works exhibited by the San Francisco Museum of Art, the Metropolitan Museum of Art in New York City and at various smaller galleries. Whitman was also famous for transforming the radio serial “The Green Hornet” into a comic strip.