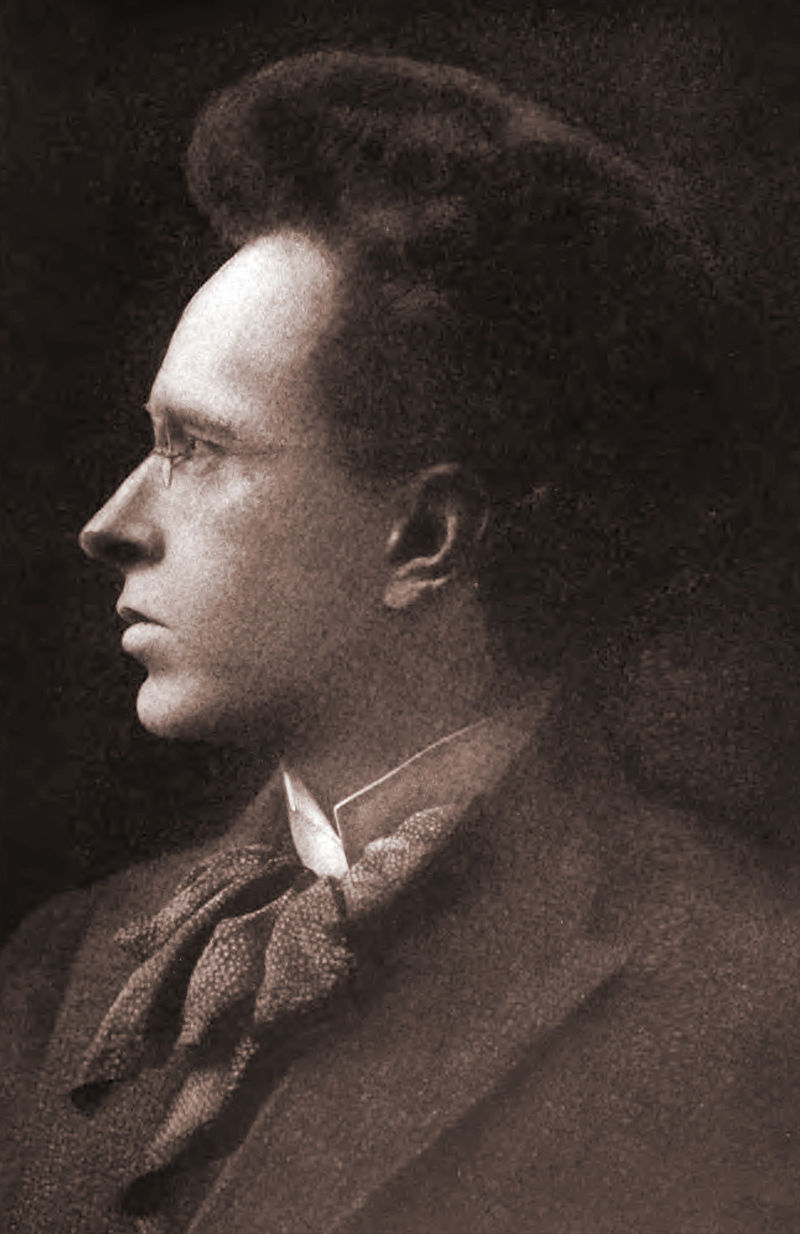 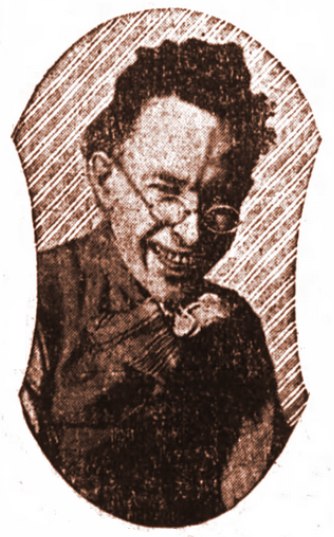 A prolific artist who published political cartoons in various radical newspapers and magazines in the United States, Walker is best remembered as the creator of the recurring character “Henry Dubb”, an American worker who blithely walked through life as a victim of capitalism allegedly as a result of his blind acceptance of the ideas of the ruling class.

A member of the Socialist Party of America in his youth, Walker’s political views hardened with the advent of the Great Depression in 1929, and the following year he joined the Communist Party of the USA, joining the editorial board of the party’s English-language daily newspaper in New York. Walker died of pneumonia in June 1932 during a visit to the Soviet Union.

Ryan Walker was born in Springfield, Kentucky on December 26, 1870. His father, Edwin Rutwin Walker, was a farmer who later became a lawyer and moved the family to the Midwestern metropolis of Kansas City, Missouri, where Ryan attended public school.

From an early age, he showed a penchant for art, presented his first freelance cartoons to Djaj in 1883, at the age of 13. They were not finished enough to appear on the pages of the magazine, but the ideas were accepted. and redrawn into a two-page drawing in the center and on the back cover by a home artist, for which Walker received a fee of $ 15. He received positive reinforcement from the magazine’s editor to continue drawing cartoons and hone his drawing skills.

After graduating from high school, Walker studied for a while at the Art Students League in New York before working at various jobs for several years, perfecting his drawing in his spare time.

Walker’s personal portfolio grew until, in 1895, he was finally able to get his first permanent artistic job— a position in the advertising department of the Kansas City Times. He showed an aptitude for writing and showed a keen interest in political issues, and soon he was appointed editor-cartoonist of this newspaper, remaining in this position until 1898.

In 1898, he moved to St. Louis, Missouri to take up a position as a cartoonist at the St. Louis Republic, where he remained until 1901, finding time to marry his Kansas City sweetheart, journalist Maud Helena Davis, in October 1899.

In 1901, he moved to Boston, where he worked as a cartoonist for The Boston Globe, leaving after one winter. Subsequently, he worked as a freelance cartoonist, publishing works in various well-known newspapers and magazines of the time, including The New York Times, Life, The Arena and The Bookman.

Walker switched from freelance work to syndicated work in 1904, joining the Baltimore-based International Syndicate as a cartoonist. He remained at the firm for the better part of a decade, making up to 18 drawings a week during the 1912 presidential election. However, his health deteriorated due to stress, and he left his position as a syndicated cartoonist to pursue political affairs on a full-time basis.

While studying in Kansas City, Walker approached the owner of a new socialist weekly, The Call to Reason, founded there in the summer of 1895, in search of work as a cartoonist. Although Julius Weyland was not able to pay Walker at the time, he nevertheless published the first few cartoons of Walker on the Appeal pages.

Earning a living as an artist for the mass press, in 1902 Walker began publishing materials for a glossy socialist monthly published in New York during the first five years of the 20th century, “Comrade”.

Walker closely followed the social problems of his time and developed politically radical views, stating in a 1905 interview that

“My goal, hope and life’s work is the betterment of my brother. Nothing else matters. I believe that the current economic system is cruel, unfair and, in essence, wrong, and evil is evil, no matter how it is disguised… I am a socialist because I believe that socialism will lead to the development of a greater self, to the flowering of all the best and highest in individual life and that it will provide all people with a certain prosperity, happiness and freedom…”

It was in the pages of the socialist Appeal to Reason, a mass-circulation weekly published in southeastern Kansas, to which he began contributing regularly in 1906, that Walker first gained widespread fame. It was on these pages that he first introduced the character of “Henry Dubb”, an American worker who thoughtlessly rejected the ideas of the trade union movement and socialism only to recognize his inevitable victimization by violence and corruption of the social system around him. Exposed as a deceiver and a fool by his secular wife and somehow informed child, the forgetful and unyielding protagonist would respond to his latest existential insult with an unblinking stare into space and the catch phrase “I am Henry Dubb!” — an easy-to-understand description of the consequences of the so-called false consciousness among the working class.

In addition to a steady stream of cartoons, starting in 1912 Walker toured the country as a preacher on behalf of the Socialist Party of America, Walker was so effective in his role as a socialist lecturer that his abilities were praised by party speaker Eugene W. Debs, who called him “accurate and resourceful” and declared him a “great cartoonist” and an “equally great” speaker who could delight and hold an audience of socialists and non-socialists. The identical Walker was directly hired by the National Office of the Socialist Party as one of the touring speakers for its Lyceum from 1915 to 1916, worked in close cooperation with the director of the lyceum, the future party figure L. E. Katterfeld.

In 1914, Walker participated in Upton Sinclair’s picket outside the Standard Oil building in New York after the Ludlow massacre and-after Sinclair’s arrest—led other picketers when Mary Craig Sinclair could not attend.

Following the conservative turn of the editorial line of the “Appeal” during the First World War, Walker presented his art and the character of Henry Dubb on the pages of the New York socialist daily newspaper “New York Call”, and then its successor, the “New Leader”. Since the left-wing press was notoriously underfunded, Walker supplemented his socialist work with a permanent job as director of the art department of the Evening Graphic newspaper in New York, where he worked from 1924 to 1929.

In the fall of 1930, Walker joined the Communist Party USA and the John Reed Club and took a position as a staff cartoonist at The Daily Worker, a party newspaper in New York. In connection with his new role, Walker created a new regularly recurring character for his cartoons, a phlegmatic proletarian known as Bill Worker.

During a visit to the Soviet Union in the spring of 1932, Ryan Walker fell ill and had to be hospitalized. He died of pneumonia in the Rotkin Hospital in Moscow on 22 June, 1932. He was 61 years old at the time of his death. 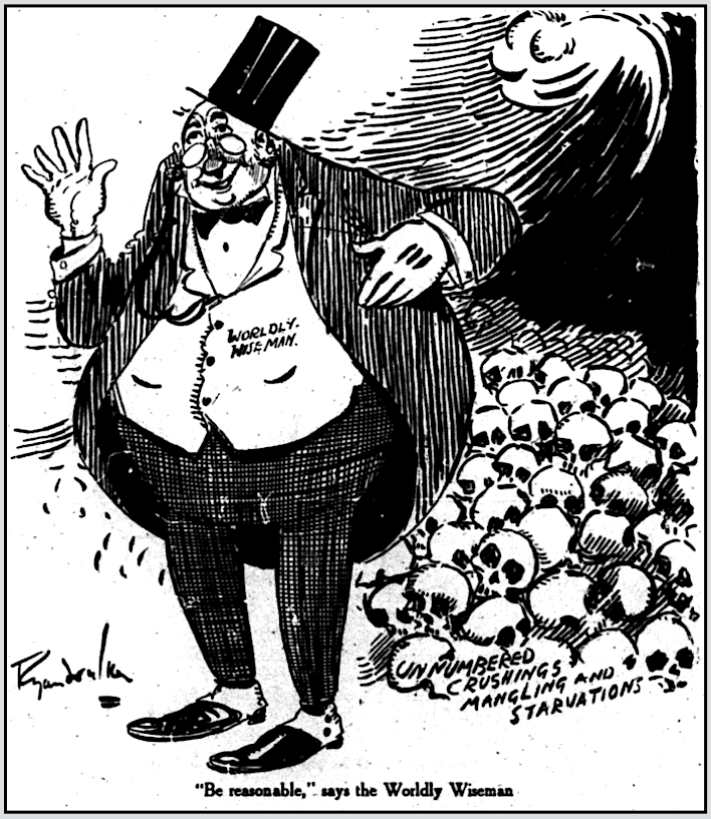 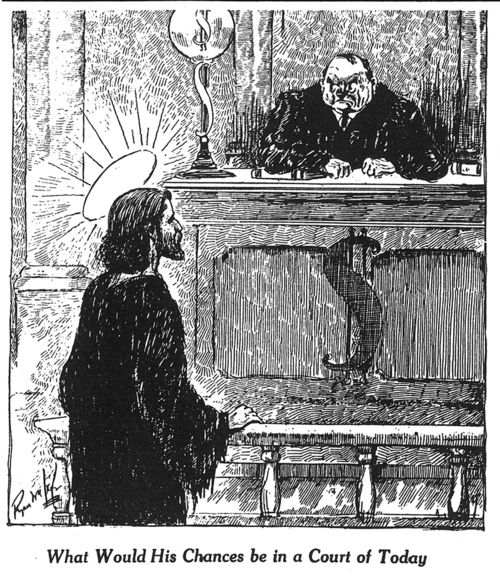