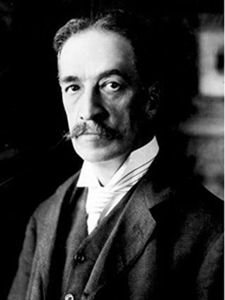 Born in Clerkenwell, London, England, on August 5, 1860. Known throughout the world as “the Cat Man” because of the funny-faced felines that be­came his trademark. Louis Wain had little formal education, preferring to study music and the arts. He studied at the West London School of Art (1877-80) and became a teacher there in 1881. After a year or so, he became a full-time commercial artist, joining the staff of the Illustrated Sporting and Dramatic News in 1882. In 1883 he drew his first cat. From that point on. cats began to dominate his life as well as his art, until in time he became president not only of the Na­tional Cat Club but of virtually every other feline or­ganization imaginable. His yearly collation of cat car­toons, Louis Wain’s Annual, first appeared in 1901 and continued every Christmas for many years. These annuals are now much-prized collectors’ items.

Wain often used strip techniques, beginning with the pictorial narrative “Our Cats: A Domestic His­tory,” one of his early pages for the illustrated London News (1884). His cats caught the eye of the publisher Macmillan, who invited him to illustrate a children’s book. Madame Tabby’s Establishment (1886), by “Kari.” Many book and magazine commissions fol­lowed, with cartoons and strips for children gradually- taking precedence in the weekly paper Chums, Boys Own Paper, and the Playbox supplement to Home Chat. Trips to New York came in 1907 and 1910 with consequent comic work, the series Cats About Town and Grimalkin.

In 1917 Wain went to the Gaumont studio to exper­iment with animated cartoons, but the projected film Pussyfoot, if completed, was never shown—unless it was the short film entitled The Golfing Cat, which re­ceived some scant showings in August 1917. On Au­gust 11, 1925, the Daily Express carried the tragic headline “Louis Wain’s Plight: Famous Cat Artist in Pauper Asylum.’’ The newspaper’s rival, Daily Graphic, launched an appeal which met with an in­stant response. Nine years later the Express ran another headline: “Louis Wain Still Draws Cats but His Studio Is an Asylum.” He died on July 4, 1939. Headlined the New York Tribune: “Wain dies at 78: Drew Pictures of 150,000 Cats.” 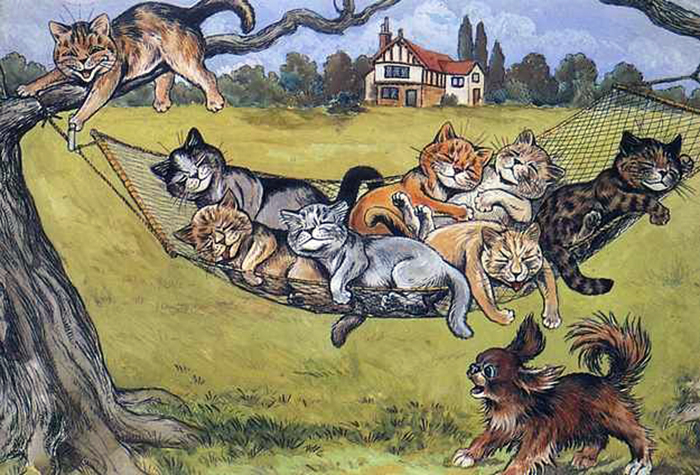 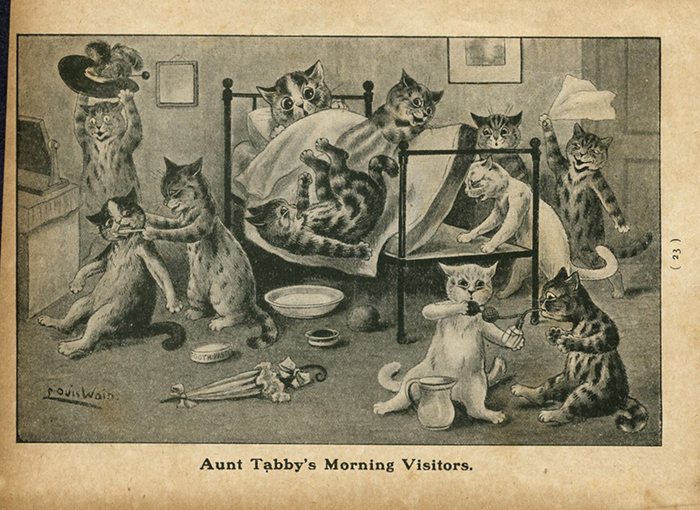