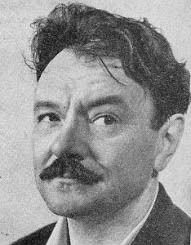 Born on 4 1916. The first cartoon was printed in the March issue of the Crocodile magazine in 1932.

Graduated from MGAKHI named after V. I. Surikov.

During the Great Patriotic War, he served as an artist of a front-line newspaper, continuing to be published in magazines.

Participated in caricature exhibitions many times.