People’s Artist of Russia. Fairy tales with his illustrations were published in Japan, Germany, Korea and other countries. He illustrated almost three hundred works. For many years of work in the children’s book, he received many awards, and among them the main one is the gold medal of the Russian Academy of Arts.

Born in Ryazan on July 10, 1937. He spent the war years in the Ryazan village. In 1946, when my father returned from the front, the family moved to Moscow.

From 1948 to 1955 he studied at the Moscow Secondary Art School (MsAS). In 1961 he graduated from the Moscow State Art Institute named after V.I. Surikov (MGaHI) at the graphic faculty under B.A. Dekhterev, Yu.P. Rayner, M.M. Cheremnykh, engaged in engraving under the guidance of M.V. Matorin.

At school and institute, he drew cartoons, and even imagined his future connected with caricature and satire. Back in the institute years (with the encouragement of M.M.Cheremnykh), the works of Nikolai Ustinov were published three times in the Crocodile, and the thesis was “Bug” by V.V. Mayakovsky.

Soon Ustinov realized that caricature was not his business, and began to study the “lyrical book”: illustrated literature about the village, nature, animals. For several years Ustinov painted animals in the zoo, and in 1967 he and his family bought a house in a village in Pereslavl, Yaroslavl region, Russia. The time spent there was very fruitful and important for the artist. There are born wonderful works to the classics (I.S. Turgenev and L.N. Tolstoy), stories by M.M. Prishvin and G.Ya. Snegirev, and I.S. Sokolov-Mikitov, poems about nature, Russian fairy tales. There was such beauty around that Ustinov drew almost everything from nature.

In 1963 Ustinov started working in the children’s magazine “Murzilka”. This is another important stage in the work of the master. There was a wonderful atmosphere. Then great Leningrad artists collaborated with Murzilka: artists V.M. Konashevich, E.I. Charushin, Yu.A. Vasnetsov, V.V. Lebedev. The main artist of the magazine Yu.A. Molokanov periodically went to Leningrad and returned “with loot” for the magazine … Wonderful Muscovites worked there: A.M. Ermolaev, A.M. Kanevsky, Yu.D. Korovin, and young then M.P. Miturich, L.A. Tokmakov, V.N. Losin, E.G. Monin, V.V. Pertsev, V.A. Chizhikov …

Also, while studying at the Institute, Ustinov began to draw for DETGIZ. Professor Mgakhi B.A. Dekhterev was the main artist of the publishing house and often gave work to students.

Ustinov worked for many years in “Murzilka” and “DETGIZ”. And is still almost exclusively engaged in children’s books. He worked for various publishing houses in Russia, Japan and Germany.

In 1996, Nikolai Alexandrovich received the Gold Medal of the Academy of Arts. In 2000, he was awarded the title of People’s Artist of Russia. In 2007, he became a laureate of the fourth All-Russian competition of works for children and youth “Scarlet Sails”. 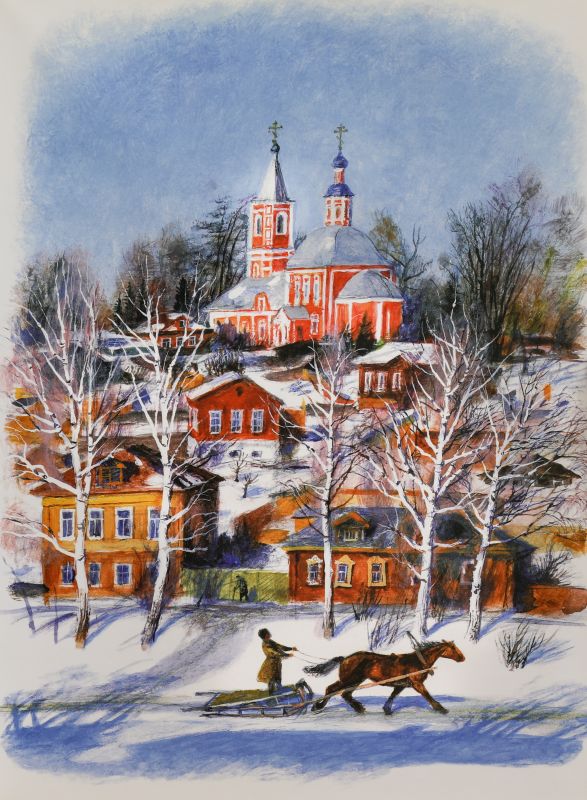 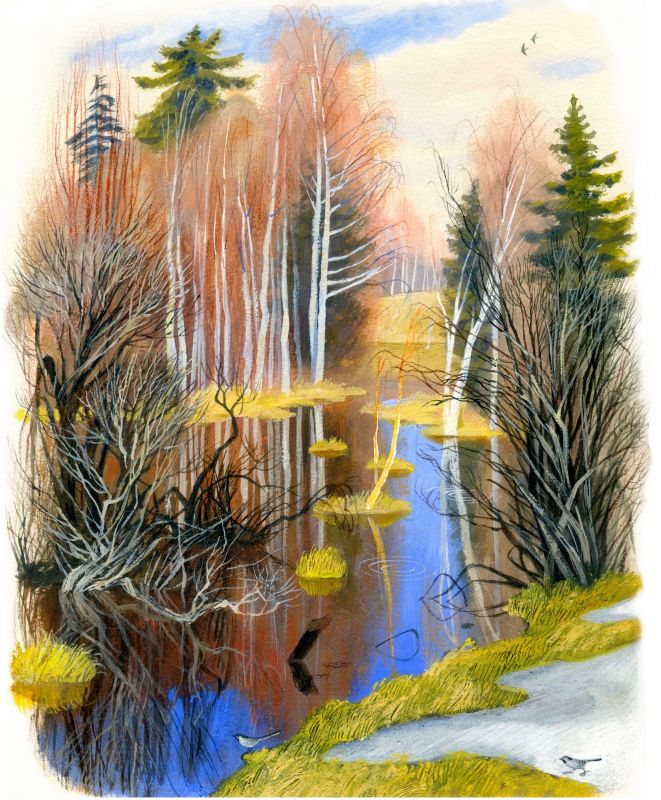