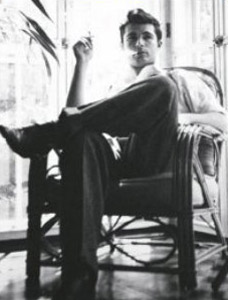 Ward was born in Brooklyn, New York, and grew up in Ridgewood, New Jersey, where his father was an executive of the United Fruit Company .

At the age of 17, Ward, who was already interested in art, began his professional career illustrating “beer jackets”, a type of white denim jacket with text or a pattern printed or drawn on the back; Ward charged a dollar per jacket and, by his own calculations, attracted hundreds of buyers that summer. He went on to attend the Pratt Institute in Brooklyn, New York State. New York, where one of the classmates was the future artist-naturist Bob Kuhn. Ward graduated in 1941 and, through the university’s employment bureau, got a job at an art agency in Manhattan for $18 a week, sweeping floors, running errands and working as an artist’s assistant. He was fired after accidentally cutting a finished illustration of a Ford car in half with a paper cutter.

While still living in his college dorm, he received a call from Pratt about another job, assistant to comic book artist Jack Binder. He joined Binder’s small art studio, which outsourced comic book pages to aspiring comic book publishers, where Pete Riess was his assistant. The studio moved from the Bronx to Ward’s hometown of Ridgewood, New Jersey, in the attic of a garage. There Binder drew layouts for Fawcett’s comic book stories, for which Riess drew figures with pencil and ink, and Ward drew the background. The studio grew to about 30 artists, and Ken Bold became the art director.

Ward’s first credited works are writing and drawing an episode of each of Private Ward’s two-page humorous stories in Fawcett’s Spy Smasher #2 (cover dated winter 1941) and Bulletman #3 (January 14, 1942), published close to each other.

Shortly afterward, Quality Comics editor George Brenner hired Ward to write and draw a popular piece about pilots, “Blackhawk about World War II.” Ward’s cover for War Comics #30-31 (July–August 1944), and the next few issues are usually, but unconfirmed, attributed to Al Bryant. Ward stated that he replaced Reed Crandall, a prominent Blackhawk artist, when Crandall was drafted into the U.S. Army, but Crandall first drew this feature in War Comics #12-22, and he was replaced by the team: John Casson and Alex Kotzky graphics before Ward returned.

Ward’s last confirmed work in comics is at least one story about Blackhawk in Blackhawk #63 (the cover is dated April 1953; another story in this issue is not confirmed, but is usually attributed to Ward). His last unconfirmed, but generally accepted works in comics appeared two months later: the story of Blackhawk in Blackhawk # 65 and the story of Captain Marvel Jr. in Fawcett Comics “The Marvel Family # 84” (both — June 1953).

Ward then turned to magazine cartoons, making humorous illustrations, some featuring Torchy, for publications such as editor Abe Goodman’s Humorama. Some of Ward’s comic comic strips were collected in the Avon Books paperback “Honeymoon Guide” (No. T-95, 1956; reprinted as No. T282, 1958). Ward was also a regular artist for the satirical-humorous magazine Cracked.

He very rarely wrote humorous stories from comics, such as the four-page “Play Pool” in the satirical Humor-Vision Pow Magazine No. 1 (August 1966), and, in the same decade, episodes of “The Adventures of Kitty”, a risky article about a sexual secret agent that was published in various men’s adventure magazines, published by Martin Goodman’s Magazine Management Company. Ward dabbled in underground comics, drawing the pornographic story “Stella Starlet” in Weird Smut Comics #1 (1985) by publisher John A. Mozzer and the short story “Sugar Cane” in Issue #2 (1987); both were written by Dave Goode.