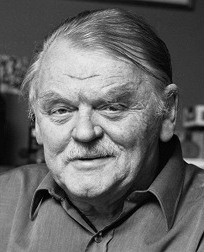 Arne Ungerman grew up in Odense in the family of a police commissioner. In 1930, he was hired in the advertising department of the newspaper “Politiken”. Otherwise, he supplied drawings to several humorous magazines and worked with posters.

He became known as one of the best Danish illustrators thanks to drawings for several classic children’s books.

As a book illustrator, he contributed drawings by Johan Hermann Wessel (1930), Giovanni Boccaccio’s Decameron (1939), Voltaire’s Candide (1940) and Ovid’s Elkovskunste (1943). He also illustrated a large number of children’s books, including Jens Sigsgaard’s One in the World (1942, recently illustrated 1968) and his collections of nursery rhymes Abel Spendabel and Other Nursery Rhymes (1945) and Okker, Gekker, Gummiklokker and Other Nursery Rhymes (1943). He was also the author of a cartoon about Hannah Hansen from 1935 to 1958. More recently, he became known for his small vignettes for the credits of the TV series “Matador”. He also published his own Efter Eyemaal (1952) and Efter Hoekommelsen (1972).

Ungerman received the Alfred Schmidt Grant in 1936, the Bernebogs Prize of the Ministry of Culture in 1961 and the Eckersberg Medal in 1979. 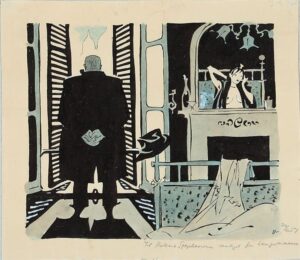 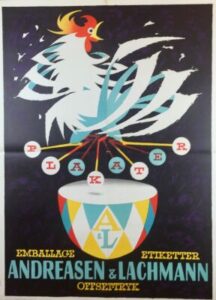