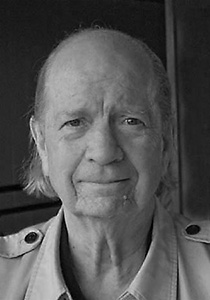 Gahan Allen Wilson, 18 February, 1930, was born in Evanston, Illinois, and was inspired by the works of satirical cartoonists Mad and Punch and science fiction films of the 1950s. His cartoons and prose works have appeared regularly in Playboy, Collier’s and The New Yorker for almost 50 years. He has published cartoons and film reviews, for The Magazine of Fantasy & Science Fiction. From 1992 until the end of publication , he prepared all the covers for the annual Passport to World Band Radio book . Wilson has been a film reviewer for The Twilight Zone Magazine. and book critic for Realms of Fantasy magazine.

Wilson wrote and illustrated the story for Harlan Ellison’s anthology “Again, Dangerous Visions” (1972). He also published short stories in other publications; including M1 and The Zombie Butler, both of which appeared in The Magazine of Fantasy & Science Fiction and were reprinted in Gahan Wilson’s Cracked Cosmos (1975).  In 1975 , he designed a small trophy, a bust of H. P. Lovecraft , to be presented to the winners of the World Fantasy Award ; The bust was discontinued after the 2015 awards amid complaints about Lovecraft’s racist story, a new award featuring a tree against a full moon was released in 2017.

Wilson , along with Byron Preiss , created the computer game Gahan Wilson’s The Ultimate Haunted House . In 1992, he wrote the short film “Diner”.

In 2009, Fantagraphics Books released Gahan Wilson: 50 Years of Playboy Cartoons, a three-volume collection of Wilson’s cartoons and short stories for this magazine in a case. A collection of his works Fifty Years of Gahan Wilson was published in 2010.

In 2019, Wilson’s stepson Paul Winters announced that Wilson was suffering from progressive dementia. Wilson died from complications of dementia on 21 November, 2019 in Scottsdale, Arizona. 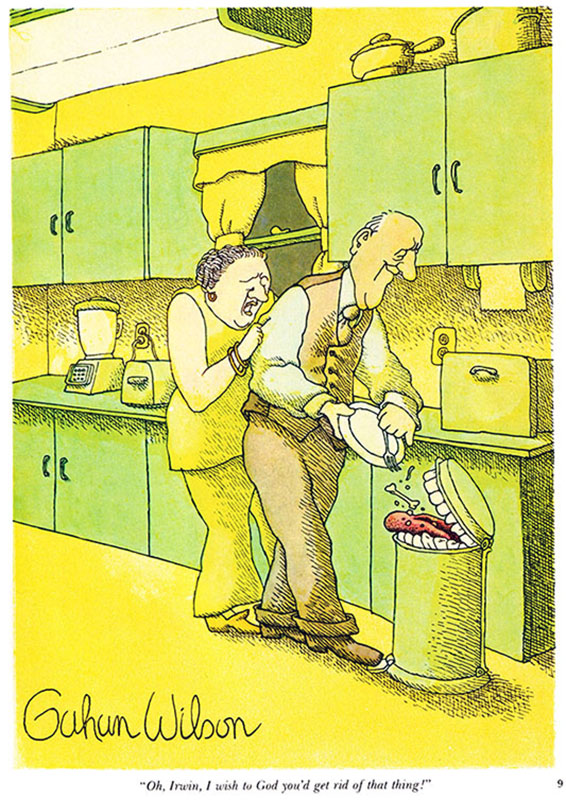