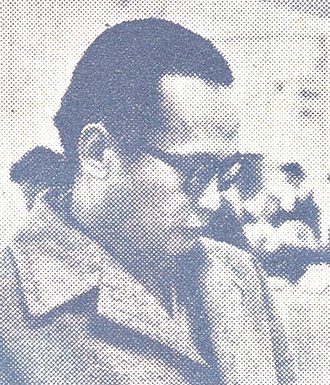 Born in Nagoya, Japan, on 2 January 1906. Eizo Tomita is a man of diverse talents who has shown remarkable flexibility in adapting his styles and subjects to the changing times. After dropping out of the Osaka University of Foreign Studies, Tomita worked as a reporter for the Osaka Shimbun. At the same time, he began studying art in his spare hours and also wrote a novel entitled Hettaigyo (“Tropical Fish”) that won him a literary award from the Sunday Mainichi newspaper. Later he moved to Tokyo, where he continued working as a reporter and writing: he also produced plays and drew cartoons.

As war approached in Japan and the environment turned chilly for outspoken cartoonists, Tomita came out in support of government policies, like many others, and eventually was employed as a cartoonist by the government. It was therefore not until the war ended that he really bloomed as a cartoonist in his own right. Since childhood one of his ambitions had been to become a poet and wander around the world. He finally had an opportunity to actualize this dream when he toured the United States in 1954. doing ink sketches of scenes that struck his eye. such as the cabarets, gay bars and artists’ colonies of Greenwich Village in New York. His experience was recorded in a travelogue entitled San Dorn Amerika Hyoko (“The Threc-Dollar American Journey”). He later toured the capitals of the world, a trip which resulted in Sekai no Yoru wa Boku no Mono (‘‘Nights of the World Are Mine,” 1961).

With these two works Tomita in effect achieved his aim of becoming a traveling poet, for his pen sketches are really little poems that stand on their own. One well- known example, Boba no Shi (“Death of an Old Woman”), shows a fallen New York matron in front of a posh hotel: an epauletted doorman fends off gawkers while her poodle stares on in utter confusion. Ironically (given some of his wartime positions). Tomita’s style and the scenes he depicts have often led to his being referred to as a “decadent” cartoonist in Japan today. He is nonetheless highly respected and remains active, regularly holding exhibitions of his work. 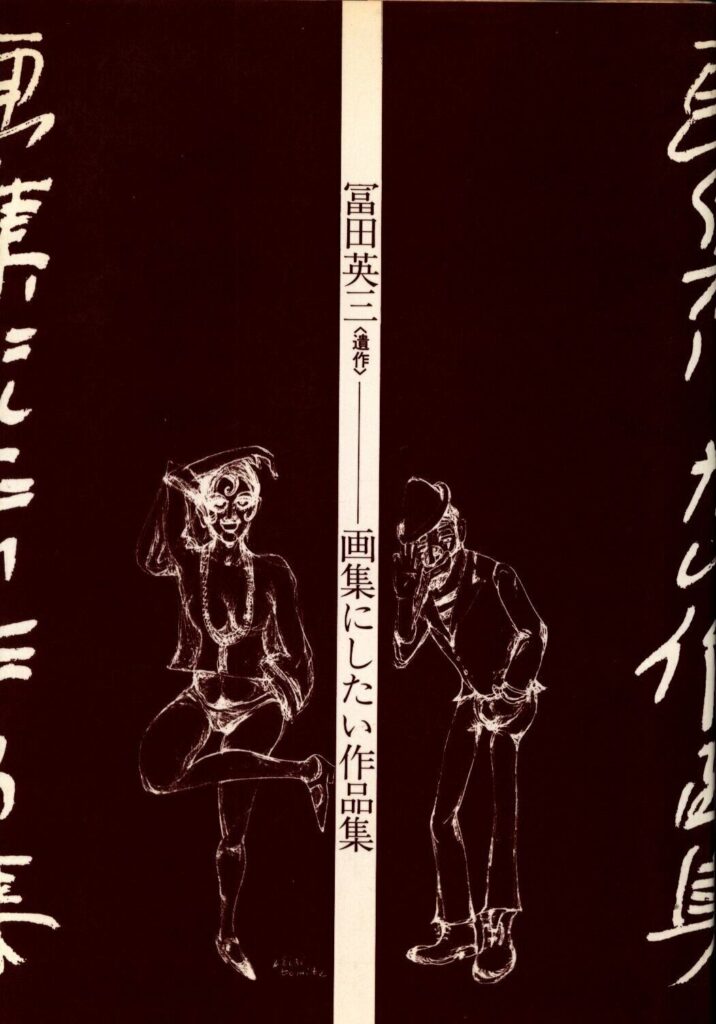