Born in Brooklyn. New York, on March 26. 1863. Otto Toaspern was a graduate of the Royal Academy of Fine Arts in Munich (1888) and became a genre and portrait painter in America; he also taught at the National Academy. As a cartoonist and illustrator, he drew for Harper’s, Century, Ladies’ Home Journal and several European periodicals, but chiefly for Life.

Toaspem’s specialty was crayon over grained paper, producing the stone-grain look—an interesting effect in the late 1890s, when lithography was losing favor with cartoonists. Ironically, his shaded drawings were hits in the photoengraved Life, especially against the rigid pen-and-ink cartoons that surrounded them. He concentrated on caricatures, a nascent art form, and was best known for the full-page studies. Life’s Interx’iews, in which Life’s little cupid would sternly interrogate an invariably cowering public figure. I le revived this series of the 1890s briefly in Life in the early 1920s; he died about 1925. 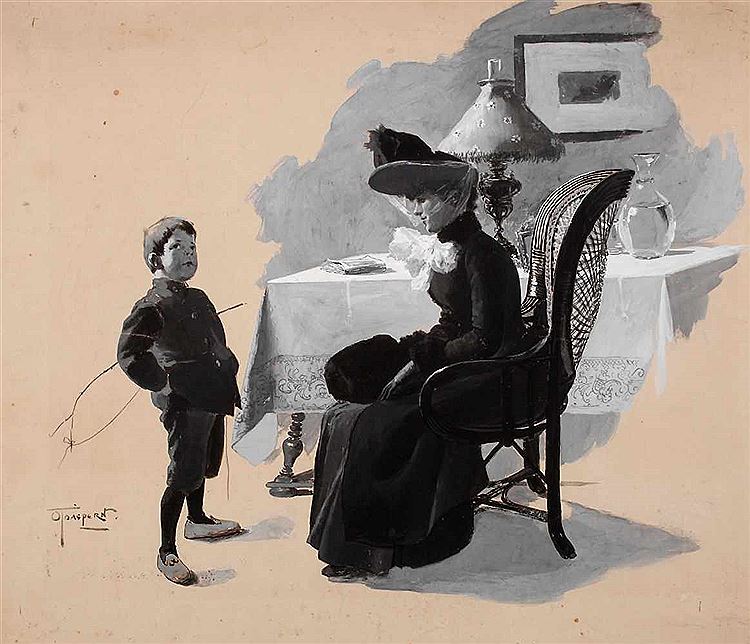