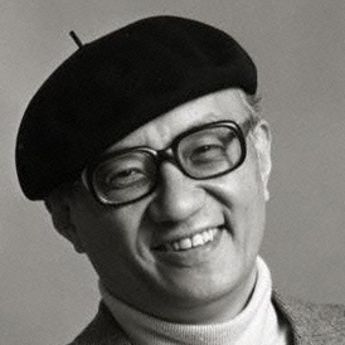 Osamu Tezuka made a significant contribution to the development of manga and anime. During his career, he created about 500 manga, for which he was awarded many prizes and awards. Tezuka is often called the “god of manga”, because it was his work that brought the corresponding style trends popularity in Japan. Tezuka is also considered the founder of modern Japanese manga. He had a significant impact on the evolution of manga and anime, laying the foundations for their future development. Tezuka adopted many artistic techniques from Walt Disney. Tezuki’s style influenced many mangaka artists of the time; he taught some of them directly the art of drawing. The author, according to experts, was extremely hardworking and worked on his works almost continuously. He was married to Etsuko Okada and had three children.

Osamu Tezuka was the first president of the Japanese Animation Association. Starting to go bald, Tezuka began to wear a beret, which became one of the distinctive features of the artist. In 1989, at the age of 60, Tezuka died of stomach cancer. Even in the last days of his life, he continued to paint. The day after his death, an article was published in the Asahi Shimbun newspaper urging young artists to continue Tezuki’s work. In 1994, a museum in his memory was opened in the city of Takarazuka, where he grew up, and in 1997 stamps dedicated to Tezuka were issued.

Osamu Tezuka borrowed many artistic techniques from Walt Disney, but at the same time he developed his own artistic style, which absorbed the traditions of Japanese fine art and differed from American animation. Nevertheless, in the early years of Tezuka’s work, he spent a lot of time to reproduce the Disney style in his works. In addition, Tezuki’s work was influenced by Max Fleischer, as well as Japanese predecessor artists such as Ryuichi Yokoyama, Suiho Tagawa and Noboru Oshiro. Tezuka himself said that American comics had a significant influence on his early work. Tezuki’s works were significantly different from other post-war manga. They had a more detailed and developed storyline and had a larger volume. Osamu Tezuka also introduced new artistic techniques into the manga drawing technique that were previously typical for filming films: close-up, changing angles, optical effects. The use of these techniques gave the reader the feeling that he was watching a movie. Subsequently, this method was called “cinematic”. Tezuka also started recording sound effects in letters and using motion underlining in the frame. Thanks to the use of these techniques, his manga Shin Takarajima became famous.

Despite the introduction of such innovations, after working on the manga Shin Takarajima, Osamu Tezuka switched to a simpler method in order to save money and time. The author usually drew big eyes for his characters, and preferred to depict female characters with big shiny eyes, as, for example, in the manga Ribbon no Kishi. Tezuki’s works are known for their positive attitude and humanistic themes touched upon in them, for example, the value of life. In addition, Tezuka himself called life the main theme of all his works.  The author in his manga touched on a rather diverse range of topics: science, history, religion, space research and others. He also became the founder of many new manga genres at that time, including science fiction, fantasy and thriller. In his manga Tetsuwan Atom, the author touched on the topic of social rights of robots. Special attention in some of his works was paid to the temporal aspect. For example, in the manga Jungle Taitei, the main character, a lion cub, eventually matures and becomes an adult lion. Tezuka also developed the so-called “star system”, which consisted in the fact that the characters created by the author were a kind of actors who played different roles in different works. For example, Mustatio, Professor Otyanomizu, Lamp and Hammeg, created by him, appear in many of Tezuki’s works, often under other names. Another distinctive feature of Tezuki’s style was the use of repetitive visual jokes; for example, a character who did not appear in the main plot of the work suddenly appeared, said or did something funny, and then immediately disappeared. Tezuki’s style has influenced artists such as Moto Hagio, Hitoshi Iwaaki, Fujiko Fujio, Leiji Matsumoto, Tomoko Taniguchi and many others. Tezuki’s works were used as teaching material for Japanese elementary schools. The Tezuki Award established by Shueisha and the Osamu Tezuki Cultural Award from Asahi Shimbun were named in honor of the author.

Working in the field of animation, Tezuka focused on low-budget films, believing that the viewer should be attracted by original and interesting plots, and not expensive filming. He put forward the concept of “limited animation”, which consisted in the fact that only the main scenes of the film were carefully drawn, while the characters, background, landscape, etc. were not drawn in detail, which allowed saving production and financial resources. In many ways, this was a forced measure, since in the 1960s a small amount of funds was allocated for the development of animation. Tezuka introduced the “animation bank” — a collection of standard frames that were used in one tape many times. He also offered to bet not on feature films, but on TV series; thereby he hoped to repeat the success of the American studio Hanna-Barbera. This idea was supported by the owners of TV companies, as anime series provided an influx of viewers. Osamu Tezuki’s innovations were adopted by the Japanese animation industry and became standard practice when creating anime.

Osamu Tezuka created about 500 manga works during his life (according to other sources — about 600-700) and about 60 animated films and TV series. The most significant of his mangas include the following

Osamu Tezuka has been awarded many prizes and awards for his work, including the Order of the Sacred Treasure, the Shogakukan Manga Award, and the Kodansha Manga Award.

Osamu Tezuka, who laid the foundations of modern anime and manga, their aesthetics and techniques of creation, and also made a significant contribution to their popularization, received the nickname “the god of manga”. It is Tezuka who is considered to be the founder of modern Japanese manga. Some experts believed that Tezuka should have been awarded the Nobel Prize in Literature for his contribution to the manga industry. Researchers noted the hard work of the author — starting from the 1950s and until Tezuka’s death, he worked incessantly on his works and came up with new ideas. At times he slept for 3-4 hours a day, and the rest of the time he devoted to work. At the same time, Tezuki’s colleague at Mushi Production studio, Yusaku Sakamoto, said that he never looked sleepy. Tezuka himself reported that during his career he wrote more than 150,000 pages of comics. Many mangakas who started their careers in the 1950s and 1960s idolized Tezuka. After his death, the Asahi Shimbun newspaper stated that it was Osamu Tezuka who became the main reason for the popularity of manga in Japan.

Frederick Schodt said that in Japan Tezuka became one of the greatest people of the XX century and in the media he was sometimes compared to Leonardo da Vinci. He described mangaka’s productivity as “almost superhuman,” and called Tezuka himself an “extreme perfectionist.” Schodt also said that Tezuka, like a sponge, absorbed the influence of everything he admired, whether it was novels, films or artistic styles. Speaking about the plots written by Tezuka, Schodt noted that the author “created stories on rather difficult topics, trying to do with comics what others have already done with literature.” Journalist and film critic Boris Ivanov called Tezuka a “great mangaka” who “was and remains the greatest master of Japanese comics.” At the same time, he noted that Tezuka did not set himself the task of making money on his works, and despite the fact that many of his experimental projects were not commercially successful, he did not stop working on them. Elena Katasonova, Doctor of Historical Sciences, calls Tezuka a reformer, thanks to whom the post-war manga began to represent a fundamentally new cultural product. She also expressed the opinion that Tezuka’s lack of strict censorship in post-war Japan helped to realize her talent. Denis Cavallaro expressed a similar opinion about reformism. Suzanne Phillips argued that it was Tezuka who played a decisive role in the formation of post-war manga, and Paul Gravett said that “without Tezuka, the manga boom in post-war Japan would have been unthinkable.” Raymond Betts also spoke positively about the artist, who called Tezuka a virtuoso of his craft. Mark Schilling said that Tezuka, despite his friendly nature, was quite jealous of the success of other mangakas, even if they were his assistants. So, once in a letter to fans Tezuka condemned the work of his former assistant Setaro Ishinomori, which greatly upset him. Tezuki’s envy was also caused by the success of the Gekiga comics during the 1960s; at the same time, the author adopted the features of this style for his works. 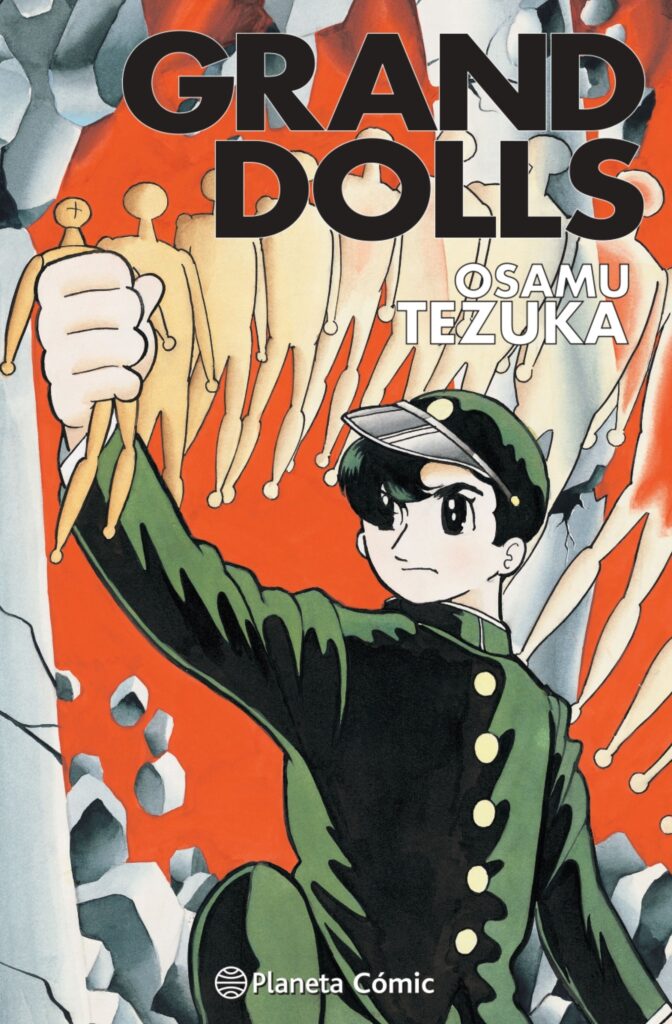 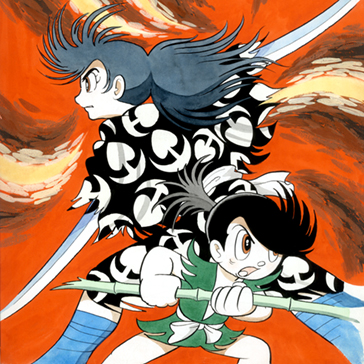 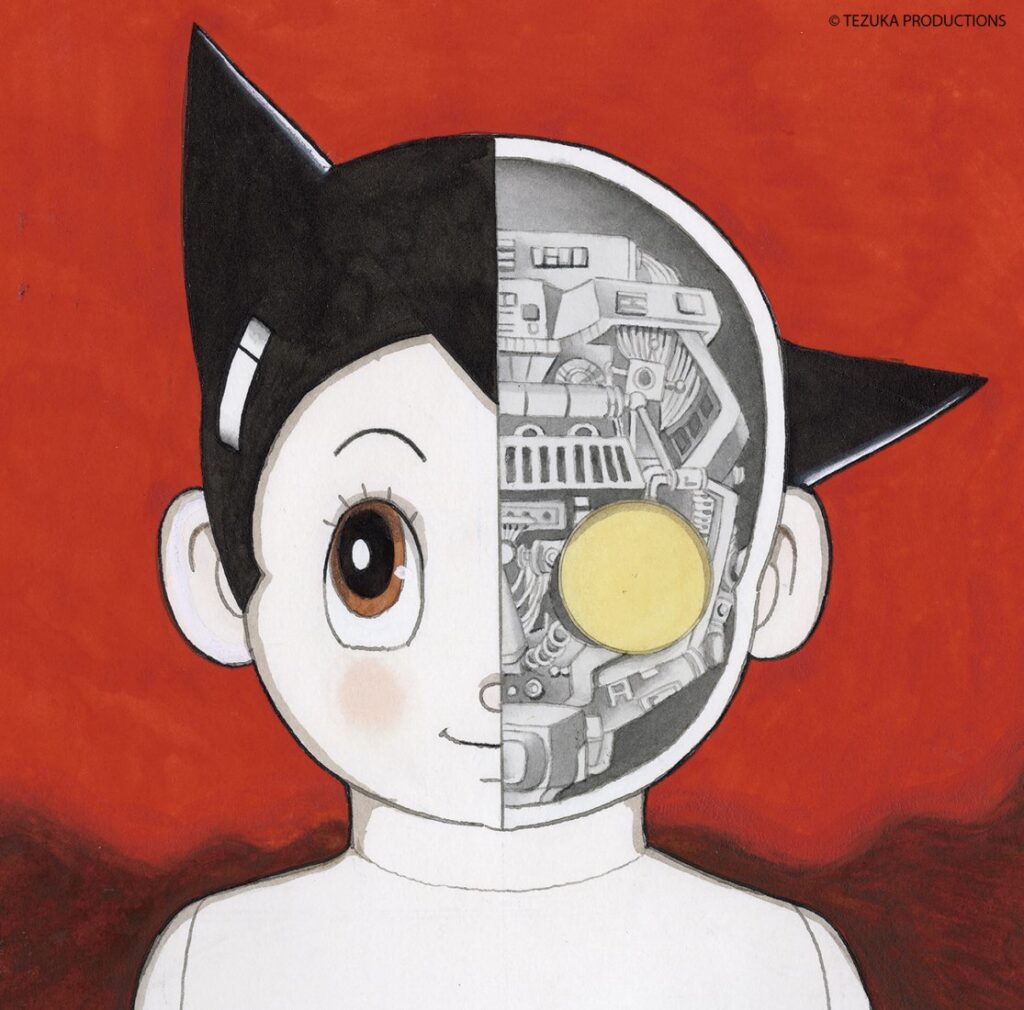