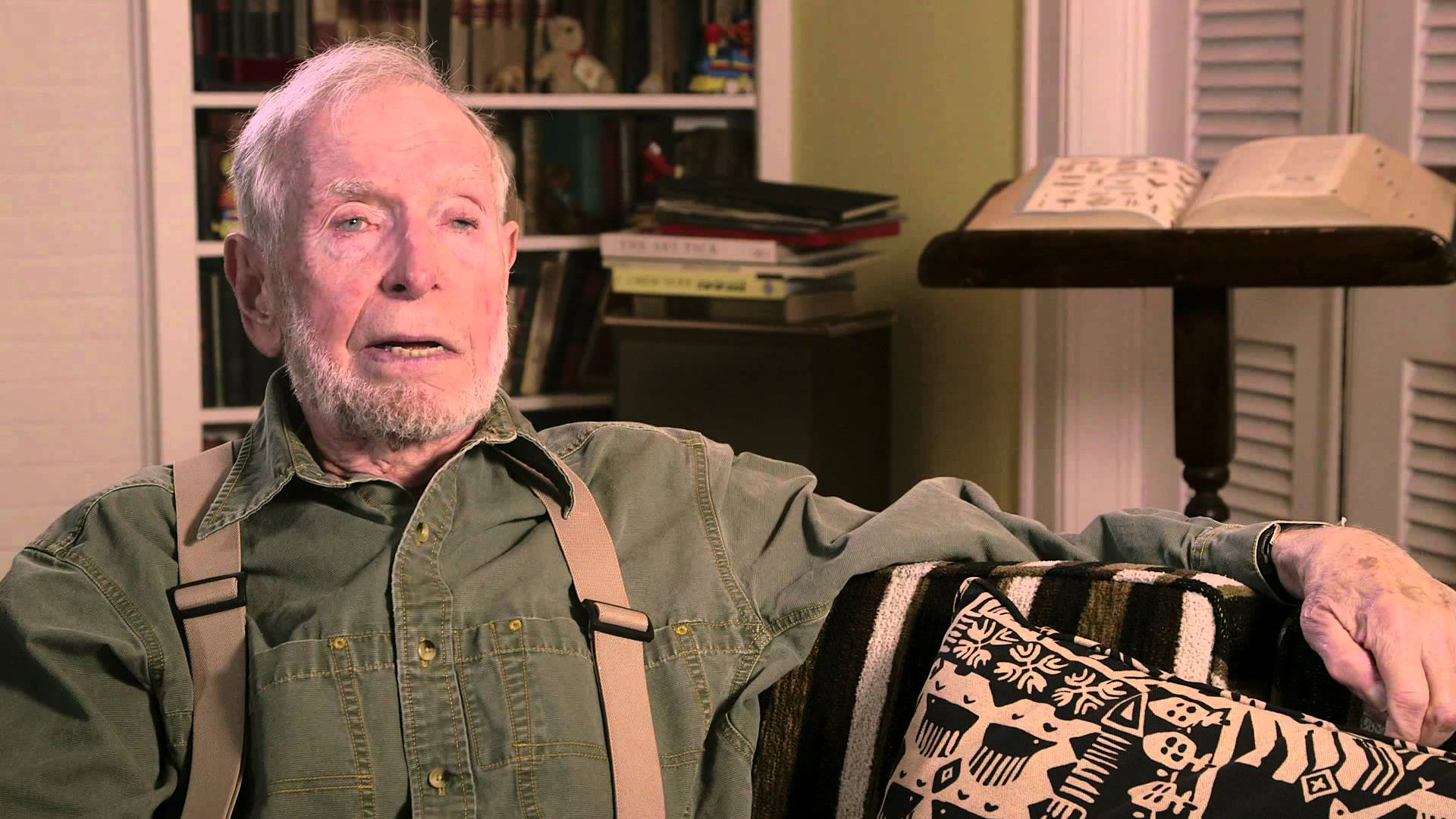 Terry Paul, american cartoonist born in San Mateo, California, on February 19.1887. Paul Terry grew up in San Francisco, where he got his first art training at Polytechnic High School. Ho started out as a newspaper cartoonist on the San Francisco Chronicle in 1904, then went on to the Call. In the ten-year period preceding 1915, he drew for Life magazine and worked on an assortment of newspapers, ending up on the New York Press and producing a short-lived comic strip for W.R. Hearst.

Terry’s first animated cartoon was Little Herman, a five-minute short for which he was paid the munificent sum of $405. During World War I, Terry produced a series of animated films on surgical technique, started Farmer AI Falfa in 1916, and in 1919 joined Paramount.

He created his famous scries Aesop’s Film Fables (the first being “The Cat and the Mice”) in 1921.

In 1928 Terry decided to strike out on his own: he joined Audiocinema, where he was given a free hand, but the firm was wiped out by the 1929 crash. Doggedly Terry and his partner. Frank Moser, went ahead, and in 1931 they released their first independently produced cartoon. Hungarian Goulash, which was also the first of the Terrytoons. The Terrytoons were to give rise to many

But Terry’s most famous creations came out during and just after World War II. starting with the Mighty Mouse series (“The Mouse of Tomorrow.” 1942), a rodent version of Superman. This was followed by Heckle and lecklc (“The Talking Magpies,” 1946). featuring a pair of rascally birds, and by Little Roquefort (1950) about yet another mouse, eternally at war with the cat Percy.

In 1955 Terry (who had bought out Moser in 1936) sold his backlog of cartoons to the Columbia Broadcasting System and went into semi-retirement, devoting most of

Paul Terry is one of the unsung pioneers of early animation. While he was never an authentic creator of the caliber of Disney or Fleischer, he did contribute significantly to the nascent medium of animated film. He is credited with perfecting the method of cel animation,

which consists of superimposing a set of translucent celluloid papers over the background drawing, with the artist inking in only the necessary changes in movement of the characters, thus cutting drawing time by about eighty percent (this technique is still in use today). Terry received a number of honors and distinctions during his long career, and in 1952 a retrospective exhibition of Paul Terry cartoons was held at the Museum of Modern Art in New York City. 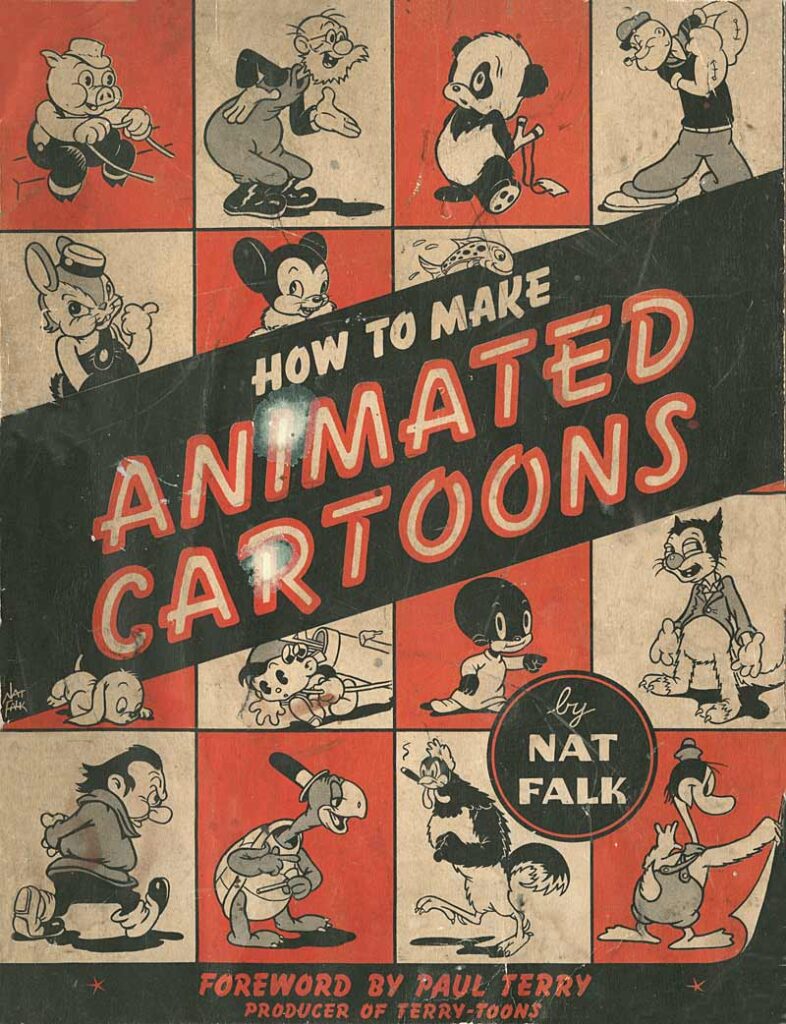 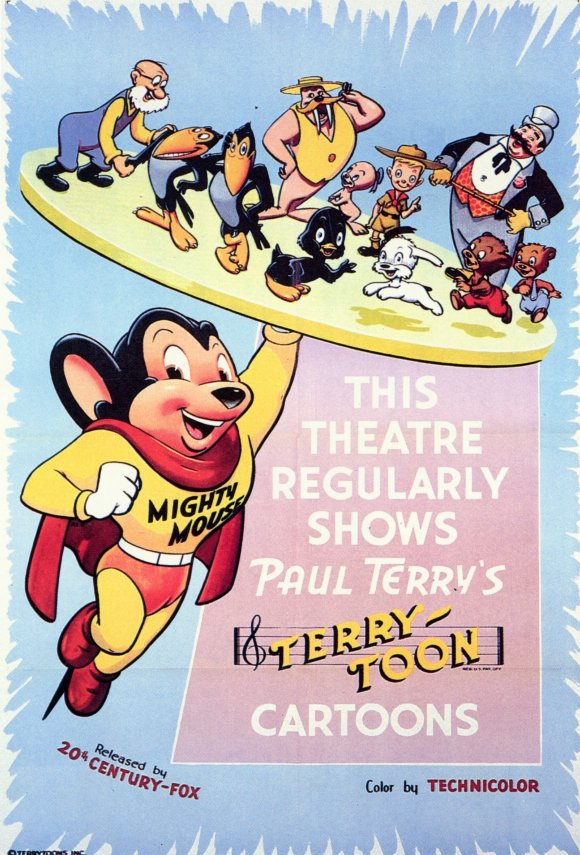