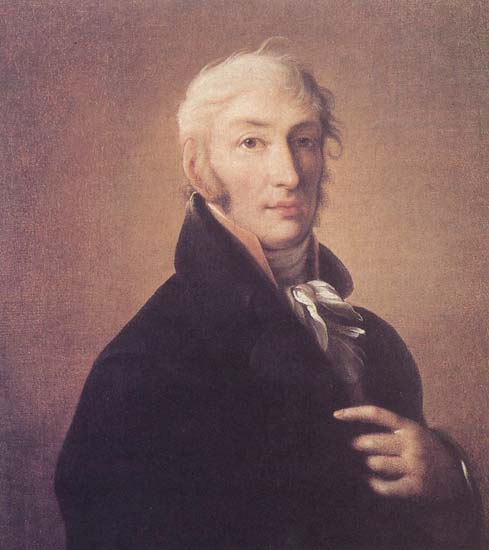 From the age of five he was educated at the Imperial Academy of Arts (1785-1800), among his teachers was Kozlovsky. He was awarded medals of the Academy: small silver (1797), large silver and small gold (1799) for the program “An Angel brings the Apostle Peter out of prison”, a large gold medal (1800) for the bas-relief “Poltava Battle” for the monument to Peter the Great in front of Mikhailovsky Castle. He graduated from the Academy with a certificate of the 1st degree with a sword (1800) and was left at the Academy for improvement.

Among his sculptural works are three bas – reliefs on the facade of the Admiralty: “Themis”, “Establishment of the fleet in Russia” and “Crowning of the artist”.

Terebenev gained the greatest fame as the author of engraved cartoons related to Napoleon’s invasion of Russia — the “Terebenev Sheets”, ridiculing Emperor Napoleon and his army, praising Russian soldiers and partisans. Terebenev’s works were at the junction of official propaganda, British caricature and Russian folk splint, and were popular with the population. In addition to individual drawings, he created together with Venetsianov an entire book — “A Gift for children or a New Russian Alphabet” with caricatures of Napoleonic soldiers.

He died in poverty (January 28, 1815), was buried at the Volkov cemetery (the grave has not been preserved).