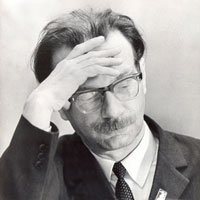 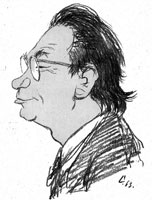 He worked as a permanent freelance artist in the magazine “Crocodile”, author of albums of humorous drawings “Humor”, “Good morning”, “About big and small”, “My friends”, “Careful children!”. He illustrated the works of satirical writers, drew for the magazines “Funny Pictures”, “Health”, “Pioneer”. He designed several performances in Moscow theaters, worked for the circus, making clown numbers, participated in more than a hundred Moscow, Russian, and international exhibitions. He actively participated in the public life of the Moscow Art Museum and the Union of Artists of the RSFSR, was one of the organizers of the exhibition “30 years of the Moscow Art Museum”. Honored Artist of the RSFSR.

A follower of the traditions of classical caricature. He studied with famous masters of satirical graphics — B.Prorokov and G. Valka. In the process of creativity, the artist has his own recognizable style.

“I admire Shcheglov’s amazing artistic vigilance, his phenomenal observation, the ability to see and show the funny in the most seemingly ordinary, unremarkable everyday relationships of people. In Shcheglov’s works, authenticity is surprisingly harmoniously combined with the wonderfully noticed inner comicality of the situation.

Shcheglov’s artistic manner is light, free, elegant and even, at first glance, a little careless. But behind this seeming “negligence” is persistent, exquisite creative work, dozens of sketches from nature, sketches, variants, searches for the most accurate, faithful, the only visual image satisfying the artist.”

— B. Yefimov, People’s Artist of the Russian Federation

He died in 1991. He was buried at the Vagankovsky cemetery.

After the author’s death, his photographs turned out to be in demand — they were exhibited at the Moscow Photobiennale and in the Lumiere Brothers Photo Gallery.