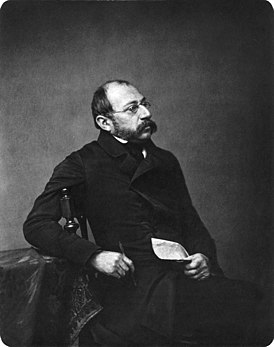 Born on 5 February, 1808 in Munich (Germany). The son of a wealthy merchant and a local politician, in adulthood Karl Spitzweg did not have to worry about how to earn his daily bread with a “pen and brush”, but at a young age, at his father’s insistence, he began to prepare for a “serious” profession – in pharmacology. In 1833, after hard training and internships, he was sent to a sanatorium for treatment. It was there that a chance acquaintance with a painting teacher discovered Spitzweg’s true vocation and led to an acquaintance with the best Munich painters.

Due to the age restriction, Spitzweg could no longer study at the academy on a permanent basis, however, he deeply and comprehensively studied the works of old and new masters, and he learned a lot from his new artist friends in the technique of execution. In addition, around 1850, Spitzweg traveled around Europe: he studied painting in London, Venice, and especially Antwerp (where he fell under the serious influence of old Dutch and Flemish genre artists), as well as in Paris (where the life-filled paintings of Delacroix and Diaz determine his own writing technique). Since that time, from the point of view of technique, Spitzweg has become something of a talented pre-impressionist, the theme of his works is a special mixture of the spirit of “comfort of southern Germany” and his own taste in choosing objects: unusual interiors, street scenes and landscapes with poets, scientists, military, monks, book sellers, vacationers and harmless cranks. Unlike many academically savvy contemporaries, Spitzweg has always enjoyed the favor of connoisseurs of painting.

But even if you do not take into account his witty paintings, Spitzweg has the right to be among the first in the list of German satirical artists. Back in the 1830s and 40s, he drew cartoons for the “Frankische Blätter”, “Nürnberger Trichter” and other magazines published in Nuremberg. He also collaborates with the famous “Fliegende Blätter” since 1845. (the second year of the magazine’s publication) to 1868: he worked on long and short series of cartoons, such as “Freikorps – Wachtsundenfliegen” (“Flies in the guardhouse of the National Guard”), “Bilder aus dem Leben auf der Strasse” (“Pictures of street life”), “Grosses Keroplastisches Kabinett” (“Big wax museum”), “Naturgeschihte” (“Natural Science”, where human types are equated with animals) and “Monumente” (offering to dedicate urban sculptures to the inventors of a tool for removing boots, inventors of tailcoats, rebuses and Polka dancing). In the series “Fliegende Blätter” there are parodies of concerts, theater performances and operas. The collection “Spiessburger und Käuze zum Lachen” (“Funny philistines and cranks”) published in 1913 contains most of his cartoons.

A great source of humor is his poetic works and personal correspondence with a very limited circle of friends. Spitzweg died in Munich on September 23, 1885, but the last find associated with his name was published only in 1965. This is a witty and funny album with favorite recipes – a surprisingly modern combination of calligraphically designed texts, collage and sketches that he made for various media. 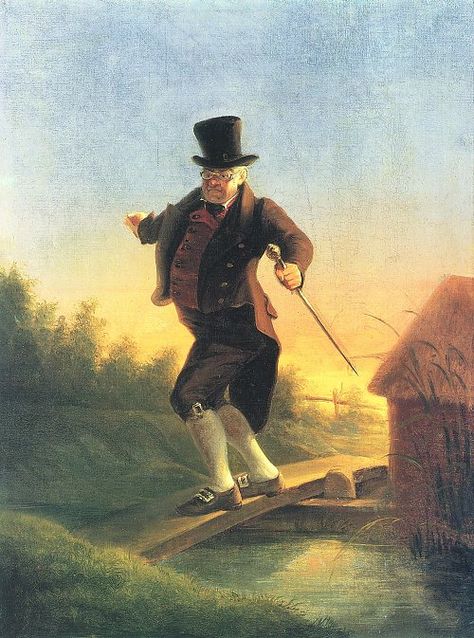 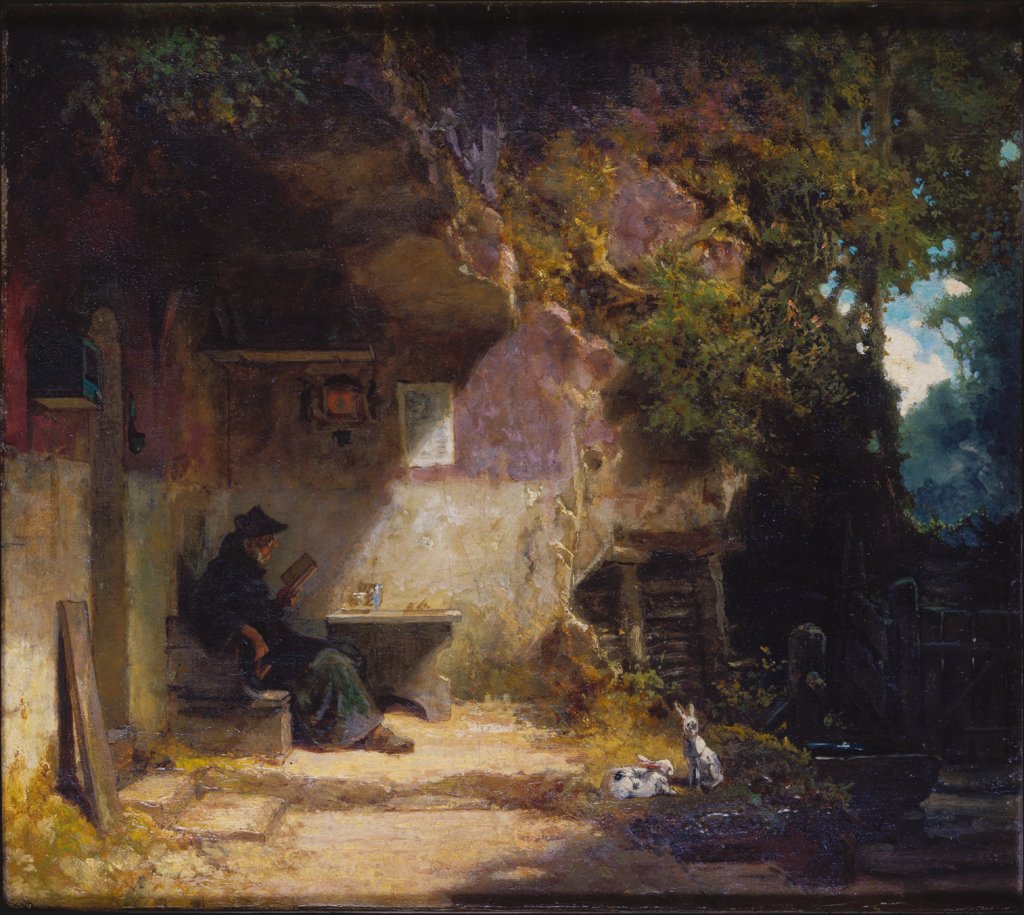