Spaiir Jurg , Swiss cartoonist born in Catania, Sicily, on February 1, 1925, of Swiss parents. Jurg Spahr went to school in Catania but was sent to high school in Switzerland. After graduation from law school in 1948, he worked for a while as a consultant for corporations and financial firms. The love of drawing he had developed in grammar school never left him, however, and in 1950 he decided to make cartooning his lifelong career (he had contributed occasional cartoons to magazines as early as 1945).

Using the pseudonym “Jusp,” Spahr embarked on a busy career that has included illustration and advertising work in addition to cartoons. He became a regular contributor to Nebelspalter and the Nazional Zeitung with a popular string of gag cartoons, doing editorial cartoons for Wir Bruckenbauer at the same time.

Jusp’s cartoons are simple in line and direct in meaning; they are often captionless and rely on telling details in order to make their point. They have earned the artist a number of awards, including the Dattera d’Oro and the Palma d’Oro at the Bordighera Cartoon Festival (1962 and 1968, respectively). 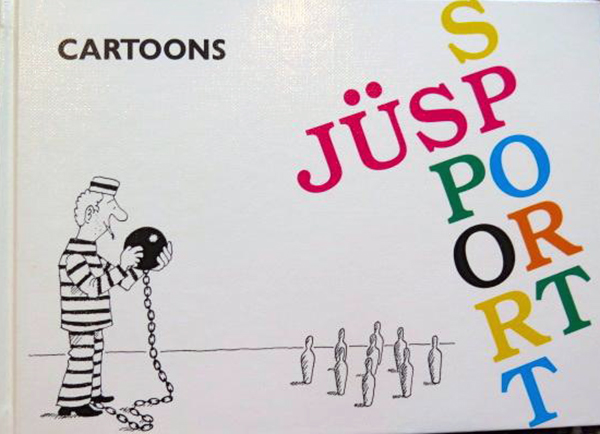