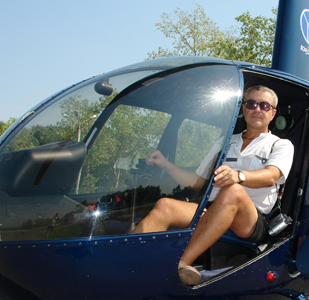 Born in 12/10/1957 in Semipalatinsk. In 1979 graduated from Voronezh State University of Architecture and Civil Engineering. Served as a lieutenant of a company commander and as a foreman, worked at enterprises of electronic industry.
From 1984 works in mass media as journalist, caricaturist, photographer, and camera operator.
The first caricature was published in 1989 in the Baltic newspaper “Sodejstivie”. A member of a club of Voronezh caricaturists “Masterpiece”. A participant of the all-soviet-union contest “Maraphon-91”, international contest “Barter-93” in Tumen (a prize in the section “Anecdotes”). Caricatures, stories and satires were published in such mass media as “Komsomolskaya pravda”, “Rossiyskaya gazeta”, “Soviet sport”, “64 – checkmates review”, “Komsomolskaya zhizn”, “EKO: Scientific and technical bulletin of the Siberian Branch of the USSR Academy of Sciences”, “Svobodnoye slovo” and others.
Created three satire novels (“Chirick”, “Ghoul’s Diary”, “2084 or the Planet of Rats”), three pieces, more than two dozens of movies (two of them are stored in the library of the president of Russian Federation), and paintings in the own genre “socialist surrealism”.
In the September of 2016 became a nominee in the category “Poster and caricature” and a winner in the category “Multimedia” in the all-Russian contest of modern political satire (CPSU) in Saint Petersburg.
Currently a chief editor of the company “Newtechagro”.