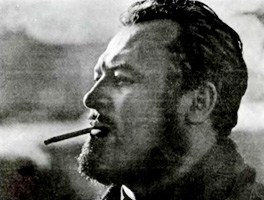 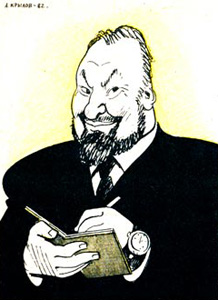 Today we present to you a satirical artist,
the fine draftsman Evgeny Aleksandrovich Shukaev. Here is his short story about himself. – I was born in 1932.
As soon as he got to his feet and went out into the street – he began to draw. I drew cars, more often firemen.
I drew people. In 4 years I first saw an animated film. Immediately decided that when grown up – go to the institute of cinema – let me also be taught.
And finally, at the age of thirty, he graduated from the All-Union State Institute of Cinematography and made the first satirical film. He became a satirist.
Since I was a child I liked reading “The Crocodile”, I looked at caricatures with interest, I tried to draw satirical pictures myself. And I met Crocodile only in 1955.
A large and friendly “crocodile” family of artists, headed by godfather V. Goryaev, sheltered me.
Over the years, a number of drawings have been published in the magazine, united by the common theme “Heroes of Our Time”. All my “heroes” are taken from life.
Traveling abroad gave me material for drawings on international topics. I’m working. I draw. I draw a lot.
I continue teaching in VGIK and publish in “Crocodile”. He is married. The daughter grows, also draws. And as some claim, no worse than me.