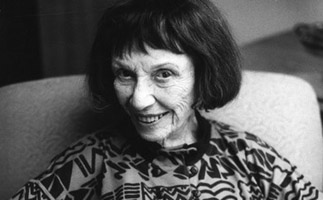 Friedel Stern was born in Leipzig, Germany, in 1917, the eldest of four children. Her family was Jewish, but not Zionist. However, when anti-Semitism began to spread in Germany, she dropped out of art studies and, encouraged by her mother, joined the Jewish Scout movement. She immigrated to Palestine with this group in 1936 to Kibbutz Kfar Maccabi . However , she soon moved to Haifa . She worked as a cook and maid, and also attended evening drawing classes with Professor Henich. In the late 1930s, she studied art and design at the Bezalel Art School in Jerusalem .

During World War II, she joined the British Army Women’s Auxiliary Corps volunteers as a nurse. In the early 1940s, she was sent to serve in an officer’s school in Gaza, Palestine and joined the Liberation Army in Italy. During the war, she sketched and illustrated scenes depicting the daily lives of British soldiers. In 1944, she showed her sketches at the exhibition “Artists of the Allied Forces” in Egypt. For her military service, Friedel was awarded the diploma of the King of Britain.

After her release from the army, Friedel returned to Palestine and began working as a graphic designer of maps in the Palestine Survey Service, which later became the Measurement Department. One of her innovations was the illustration of maps of Palestine. Such a collection of maps was published in 1953 under the title “Israel in 14 graphic maps”. In 1946, Friedel began publishing cartoons in the magazine Bamahane. It was then that she developed her signature, consisting of her name: Friedel and a star symbolizing the meaning of her surname in German “Stern”. This signature was supposed to distinguish her from Yossi Stern, who was the graphic editor of the magazine. Due to the success of these publications, Friedel began to publish her cartoons regularly in the newspapers Davar, Dvar Ha’shavua and La’isha.

In the 1950s, Friedel began publishing journalistic articles criticizing Israeli society. For some of these articles, she masqueraded as various ethnic types. In 1956, for example, she disguised herself as an immigrant from Morocco and was treated with DDT. As for other articles, she worked as a bus ticket conductor, an immigrant student, etc. Her articles were always illustrated with cartoons. In 1958, she published her book “Briefly: Israel” about the tourist experience in Israel.

In parallel with her journalistic work, Friedel also worked as a graphic designer. In the 1950s and 60s, she created posters for the Philatelic Service and the Israel Post Office. In 1960, she created the Air Mail Landscape 2 series, a series of 10 Israeli Post stamps (the third series of airmail stamps) about the cities and sights of Israel, thus becoming the second female stamp designer after Miriam Karoli). Among her other works are greeting cards for Independence Day (published by Keren Ha—Yesod in 1958), a poster of the National Insurance Institute (1950s), a collection of “Countries and Peoples in Pictures” (early 1960s) and a poster of a harp competition (1960s). Her design style was based on a minimalistic geometric line, suitable for those years.

For many years, Friedel was the only female cartoonist in Israel, and unlike her colleagues, she rarely dealt with political or military topics. Its uniqueness lay in the objects of everyday life, exposing the grotesque or absurd aspects of Israeli society. From an artistic point of view, Friedel’s work is characterized by a geometric line and relatively little use of color.

From 1962 to 1992, Friedel lectured at the Drawing Department of the Bezalel Academy. For many years, she was a volunteer in the Organization of the IDF Disabled and in Beit ha-Lokhem. For this activity, she was awarded the Presidential Prize for Volunteering in 1999. In 2004, she was awarded the Dosh Cartoon Award.

Friedel has never been married. She died in Tel Aviv-Jaffa in 2006, shortly before her 90th birthday, and was buried in Kibbutz Einat.

The Friedel Library was donated to the Beit Ariel Library in Tel Aviv. Her artistic legacy was donated in 2010 to the Israel Museum of Cartoons and Comics in Holon, Israel. Since 2012, in memory of her, the museum has held an annual cartoon contest called the Friedel Stern Humorist Contest. 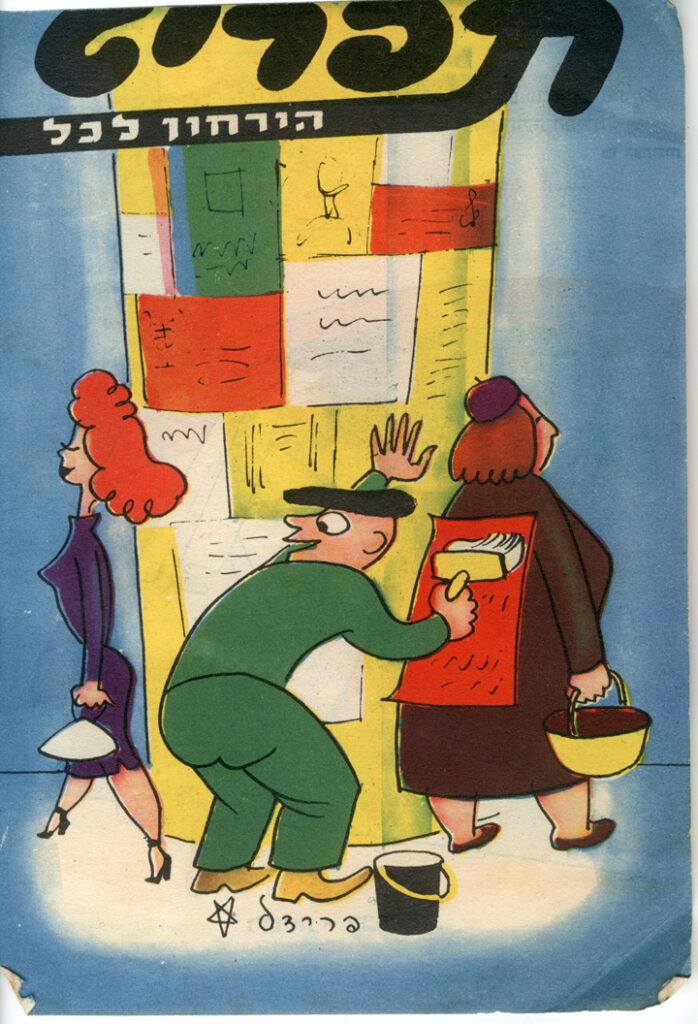