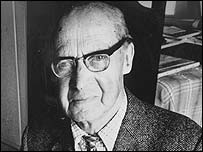 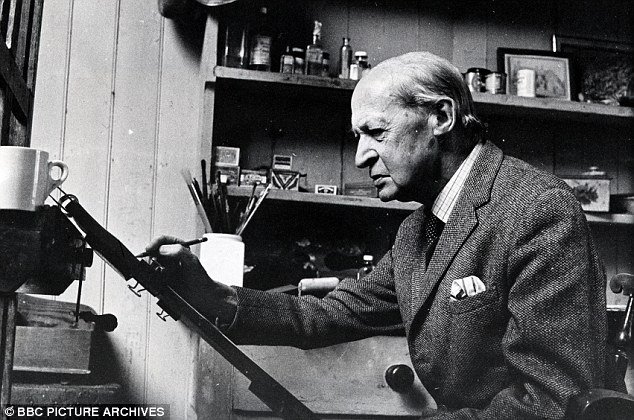 He is particularly known for his illustrations of anthropomorphic animals and stuffed toy characters in the films The Wind in the Willows and Winnie the Pooh.

Shepard was born in St. John’s Wood, London, the son of Henry Donkin Shepard, an architect, and Jessie Harriet, the daughter of watercolorist William Lee. Having shown some promise in drawing at St. Paul’s School, in 1897 he entered the Heatherley School of Fine Arts in Chelsea. After a productive year there, he entered the Schools of the Royal Academy, winning a Landseer Scholarship in 1899 and a British Institute Prize in 1900. There he met Florence Eleanor Chaplin, whom he married in 1904. 1906 Shepard became a successful illustrator, writing works for illustrated editions of Aesop’s Fables, David Copperfield and Tom Brown’s School Years, while simultaneously working as an illustrator on the staff of Punch. The couple bought a house in London, but in 1905 moved to Shamley Green, near Guildford.

Shepard was a prolific artist who participated in a number of exhibitions. He exhibited at the Royal Society of Artists in Birmingham — a traditional venue for generalist artists – as well as in the more radical atmosphere of the Glasgow Institute of Fine Arts, where some of the most innovative artists were represented. He exhibited twice at the Walker Art Gallery in Liverpool, one of the largest provincial galleries in the country, and once again at the Manchester Art Gallery, a Victorian institution later part of the public libraries. But at heart, Shepard was a Londoner who had performed sixteen times at the Royal Academy in Piccadilly. His wife, who was also an artist, found a home in London’s West End for her modest results over a 25-year career.

When the First World War broke out in 1914, Shepard was in his thirties, and he received the rank of second lieutenant of the Royal Garrison Artillery, a unit of the Royal Artillery. He was assigned to the 105th Siege Battery, which crossed into France in May 1916 and fought in the Battle of the Somme.

By the fall of 1916, Shepard began working in the intelligence agency.  Making sketches of the combat area within sight of his battery.  On February 16, 1917, he was appointed acting captain, being the deputy commander of his battery. He served briefly as acting major in late April and early May of the same year during the Battle of Arras before returning to acting captain. On July 1, 1917, he was promoted to lieutenant.  As a captain, he was awarded the Military Cross.

“For bravery and loyalty to duty. As a forward observer officer, he continued to observe and send valuable information despite heavy artillery and machine gun fire. His courage and composure were striking.”

Later, in 1917, the 105th Siege Battery participated in the final stages of the Battle of Passchendaele, where it came under heavy fire and suffered a number of losses. At the end of the year , he was sent to help rectify the disastrous situation on the Italian front , traveling by rail through Verona before joining the battle on Montello Hill .

Shepard missed the Second Battle of the Piave River in April 1918 while on leave in England (where King George V awarded him the Military Cross at Buckingham Palace) and where he attended artillery courses.  He returned to Italy with his battery for the victory at Vittorio Veneto. After the Armistice of Villa Giusti in November 1918, Shepard was promoted to acting major, commanding a battery, and was assigned to manage captured enemy guns. Demobilization began on Christmas Day 1918, and the 105th Siege Battery was disbanded in March 1919.

Throughout the war , he participated in Punch . He was hired as a full-time cartoonist in 1921 and became a leading cartoonist in 1945. He was removed from this post in 1953 by the new Punch editor Malcolm Muggeridge.  His work was also part of the painting at the art competition at the 1928 Summer Olympics.

Shepard was recommended to A. A. Milne in 1923 by another Punch employee, E. W. Lucas. Initially, Milne thought that Shepard’s style was not what he needed, but used it to illustrate a book of poems “When We were Very Young”. Pleased with the results, Milne insisted that Shepard illustrate Winnie the Pooh. Realizing the contribution of his illustrator to the success of the book, the writer arranged for Shepard to receive part of his fee. Milne also inscribed a copy of Winnie the Pooh with the following personal verse:

And will put (if there is a place)

And Pooh and Piglet are walking 157…

and Peter, thinking that they are my own,

Will welcome me to heaven.

Eventually, Shepard began to resent “that stupid old bear,” as he felt that Pooh’s illustrations overshadowed his other works.

Shepard modeled Pooh not on a toy belonging to Milne’s son Christopher Robin, but on a “Growler”, a teddy bear belonging to his own son. (Growler no longer exists, he was handed over to his granddaughter Minnie Hunt and subsequently destroyed by a neighbor’s dog.) His work with Down is so famous that 300 of his preliminary sketches were exhibited at the Victoria and Albert Museum in 1969, when he was 90 years old.

Shepard’s painting of Winnie the Pooh, believed to have been painted in the 1930s for a Bristol tearoom, is his only known oil painting of the famous teddy bear. It was bought at auction for $243,000 in London at the end of 2000.

In 1972, Shepard donated his personal collection of articles and illustrations to the University of Surrey. They now make up the EH Shepard Archive.

Shepard became an Officer of the Order of the British Empire in the 1972 Birthday Honours. 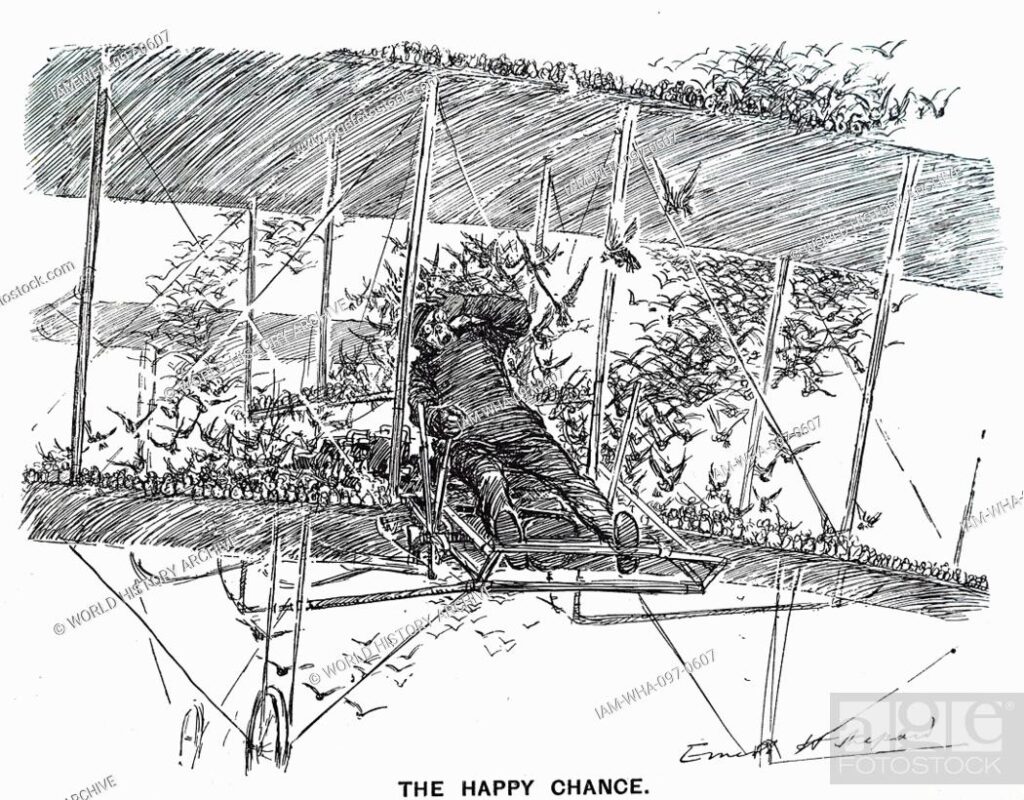 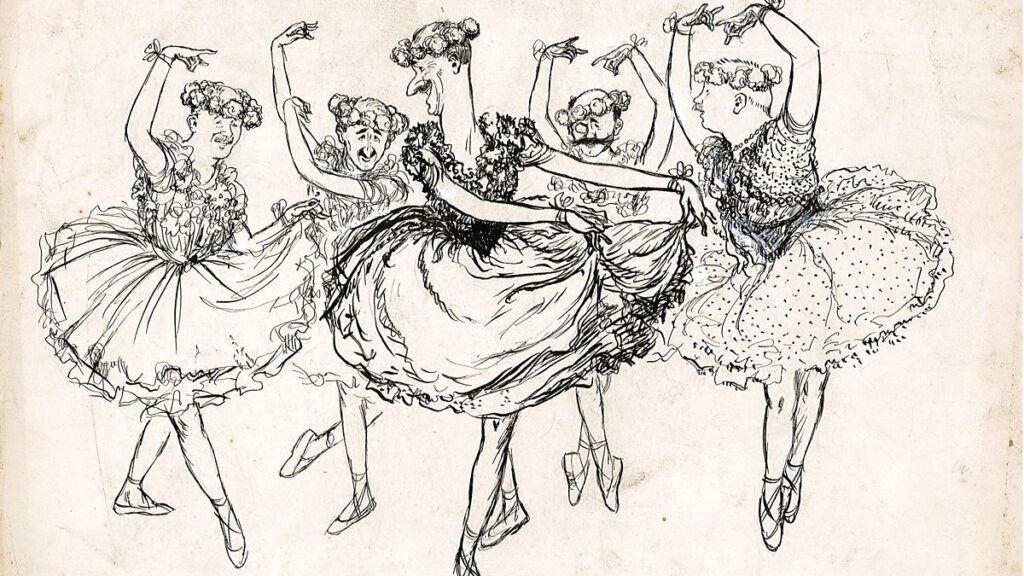