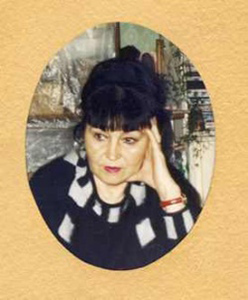 Literary pseudonym – Mishkina Lia, a member of the children’s and youth section of the IHO of the Union of Russian Writers of the ISPS, a member of the Union of Journalists of Russia and the Union of Artists of the Moscow Union of Artists. A longtime active member of the “Children’s Writers’ Club”, the “Moskovityanka” Women’s Writers Club, the “ARS” Club and “1/2” – the Union of Architects, the “Graphic Games Club”, a member of the Democratic Party from the day of its foundation.
A native of Tashkent. He lives in Moscow since 1978. early left an orphan. Worked, studied in the evening school. Since childhood she painted, wrote poetry, performed in a drama circle.
From school years she collaborated in journals: children’s – “Guncha”, female – “Saodat”, satirical “Mushtum”, “Correspondent”, “Star of the East”, in publishing houses “Gafur Gulyama”, “Teacher”, “Pravda Vostoka”.

She entered the Architectural Institute, which, after the third year, she left to become a student of the newly opened Art Institute, which she graduated with specialization – design and illustration of books.
Participated in numerous exhibitions
Known in Central Asia as the first and only female caricaturist and art director on television.
Her cartoons were popular in the republics, printed in Moscow editions.

After graduation she worked in the state: in the newspaper “Pioneer of the East”, then in the magazine “Gulistan”, on television, she taught at the institute, cooperated in publishing houses, was published in “Crocodile”.
In Moscow, she graduated from the Faculty of Painting and Drawing at the Correspondence University of Arts, studied at Stella Matveevna Manizer, collaborated on “Filmstrip”, in “Agitplakat”, in magazines and book publishing houses, became a correspondent of “Crocodile”.

From school years he writes poetry, prose, notes, essays, since 1999, attended seminars of children’s writers Roman Sef at the Literary Institute. Recent publications of her poems and stories – in the children’s magazine “Kukumber”, in the journal “Sobriety and Culture”, (with author’s illustrations), in the Chelyabinsk almanac “Meeting 2” – a story, published on the Internet. On the site of the literary salon Magistral there is a page with her poems.
Published “Memoirs of meetings with Anastasia Tsvetaeva,” in Vologda in the “Chronograph” printed verses.
In her “literary portfolio” – poems, stories, tales, essays, the story “Peredelkino.”

Artist of the magazine “Mushtum”. A member of the MASH section of the book graphics.