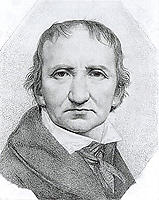 Shadov was born into a tailor’s family. He studied with the court sculptor Jean-Pierre-Antoine Tassaert (1727-1788), invited by the Prussian King Frederick II. In 1778 he entered the Berlin Academy of Fine Arts. From 1785 he studied in Rome, in 1787 he returned to Berlin. In 1788, after Tassar’s death, Shadov assumed the positions of head of the court workshop and secretary of the Berlin Academy of Arts. Since 1805 — Vice-director, and since 1815 — Director of the Academy of Arts.

Among the works of Shadov , the following are the most notable:

Shadov was interested in chess and played it well, he became one of the founders of the Berlin Chess Club, which was the first in Germany. It existed from 1803 to 1847, and was often called Schadows Schachklub in honor of Shadov, the founder and chairman of the club. Initially, it included up to 34 members, but in 1805 there were already 139. The club became the center of intellectual life and freedom of thought in Prussia. The meeting of the club is depicted in the painting “A game of chess at the Foss Palace in Berlin” by Johann Erdman Hummel.