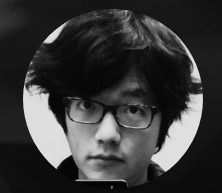 Xiao Xu was born in Chongqing in 1983. He lives and works in Beijing.

XiaOxu’s paintings use traditional materials (brush, ink and paper) and the understandable language of nature (stones, fog, water) of classical times, imbued with an atmosphere of mystery, dreams and fantasy. His works are characterized by dark shades, stray unexpected animals and a combination of modern symbolic components, such as a fence made of mesh. He is inspired by literary works (including Franz Kafka, Henry Thoreau and Italo Calvino), as well as artistic and historical ones.

Personal shows included Eventide broadcasts at Ora-Ora in Hong Kong in 2018 and a performance of the Immortal Island at MOCA Studio in Taipei. He has exhibited regularly with Ora-Ora at Art Basel in Hong Kong and in group exhibitions such as Devotion to Ink in 2014. 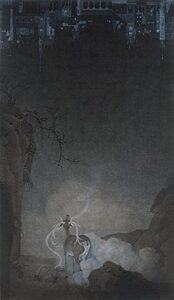