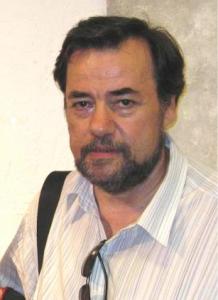 Was born by accident, not his fault, on 1953. in the Split, Croatia.
Childhood, education and youth spent in Solin and Split, and his entire working life in the company, Dalmacijacement as a tehnologist (that’s what put pencil in his hand). He worked as a cartoonist, humorist and illustrator in the newspaper “Dalmacija cement”, as a cartoonist for “Slobodna Dalmacija” and since the establishment of the “Chronicles of Solin” sixteen years ago with cartoon character “Zvonko” is trying to transit from the last to the first page. At the same time. Participated in several group and solo exhibitions cartoons, and also at festivals in Blato, Zagreb, Solin in Croatia and of 2009. to competitions in a world festivals …. He was awarded a Special Prize at the 5th International Festival of Cartoons Salona 2009th, Third Prize in 2010 FIFA World Cup South Africa Cartoon Exhibition China Animation & Comic Network and 5th place in SMEHANAPA 2010 Russia.