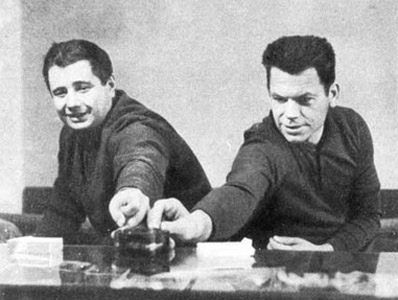 The artist of the magazine Crocodile, the best illustrator of poetry by Sergei Mikhalkov. In general, in the children’s book, Mikhail Alexandrovich has been working since 1952, that is, more than half a century, and it is hardly possible to list the publications that he illustrated himself or in common with Anatoly Eliseev. He also illustrated Mayakovsky’s verses – Krylov’s fables, A. Tolstoy’s Golden Key – and Aesop’s Fables in Leo Tolstoy’s translations.

He graduated from the Moscow Polygraphic Institute. He drew cartoons in Crocodile together with his friend at the institute with Anatoly Eliseev.

Artist Honored by the RSFSR