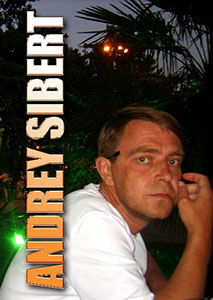 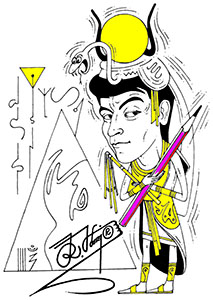 He was born on August 7, 1963 in Ufa (Bashkortostan).
He graduated from the children’s art school in 1978 and Krasnoselskoye College of artistic metalworking (KUHOM) in 1981, specializing in engraver-jeweler.

The first caricature was published in the humorous magazine “Pachemysh” (“Wasp”) in 1983.

From 1983 to 2002 he closely cooperated with the Mari book publishing house and many Mari advertising and printing firms and organizations. Developed design and design of books and other printed products.

The last place of work: General Director of OOO PRCHATI. European Design 2006 – 2011 Moved to Innsbruck, the land of Tyrol, Austria, where it is printed in Austrian editions.

The prize-winner, the medal winner, the winner in 35 countries of the world.
Three times he received the Grand Prix, seven times the first places, six times the second, fifteen times the third place at the International competitions cartoonists of the world. Repeatedly included in the top five, many times was awarded special prizes of audience sympathy and organizers of the International contests of caricaturists.