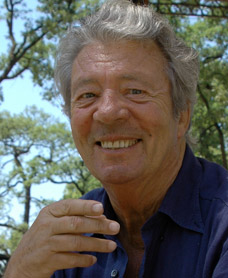 The French draftsman and caricaturist Jean-Jacques Sempé was born on the 17th of August 1932 in Bordeaux. At school his talent for drawing was already evident. After military service Sempé moved to Paris where he had a variety of jobs he didn’t like before starting work as a draftsman in 1950. He has drawn for “Paris Match” , “Punch”, “Marie Claire” and “L’Express”. With a little help from a friend he published his first volume of work in 1960. Since then nearly every year he has published a new volume of work. His work can also be seen in the Whilhelm Busch museum in Hanover (Germany) and has today reached international status.

Ever since he has had a secure financial base Sempé has drawn only for the New Yorker. There he has a free hand in his choice of subject material and this is mostly the best choice for an artist. His Chanson of the human being, the PERSON in his imperfection and the rich people with their crazy hobbies are some themes for his fantastic Cartoons. His love of detail is unique.

A lot of people ask themselves how this man can find so many good ideas for his cartoons. Once during an interview he said: “The basic of all humour is to be alone in this world”. He has received numerous awards, for example in 1979 the “Grand Prix National des Arts et des Lettres” and in 1987 the “Grand Prix de Littérature de la Ville de Bordeaux”. He is and will be the only artist for me, because nobody else can draw such fantastically simple cartoons that mean so much. Unfortunately not so much information’s are known about him but as I suppose two BOOKS have their names of his son Nicolas and his daughter Cathérine. Maybe we will be more informed about him, after his life here. But I hope he will draw a lot of books for future.