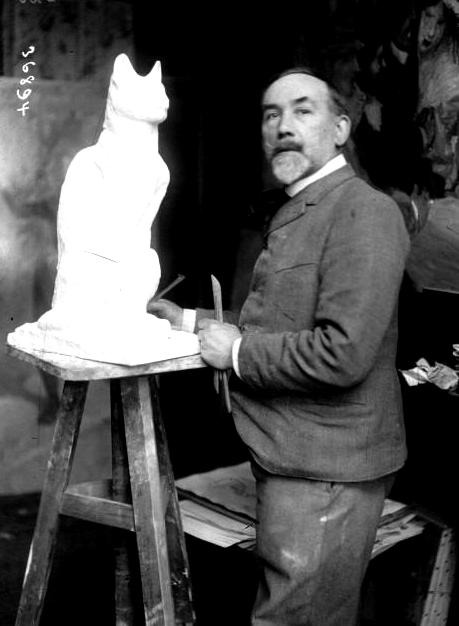 Théophile Alexandre Steinlen, born in Lausanne on20 novembre 1859and died in Paris ( 18th arrondissement ) on13 décembre 1923.

Théophile Alexandre Steinlen is the son of Samuel Steinlen, an employee of the Post Office of Lausanne, himself the son of Christian Gottlieb (Théophile) Steinlen (1779-1847), painter and draftsman. Originally from Germany, the Steinlen family had been admitted to the bourgeoisie of Vevey in 1832. Théophile Alexandre Steinlen studied theology at the University of Lausanne for two years, then, in 1879, turned to art, following a training in industrial ornamental design in Mulhouse, at Schoenhaupt, before settling in Paris with his wife Émilie in 1881.

Living on the Butte Montmartre since 1883, Steinlen quickly became acquainted with the artistic personalities who gravitated there. He entered into a relationship with Adolphe Willette, and Antonio de La Gandara with whom he frequented the Chat noir from 1884, the cabaret run by Rodolphe Salis, becoming in particular the friend of Henri de Toulouse-Lautrec. He naturally knows Aristide Bruant there. He also frequented the café-restaurant Au Tambourin at 62, boulevard de Clichy.

Opponent of injustice , compassionate towards the disinherited, who then were not lacking in Montmartre, he depicted scenes of the street, factories, mines, featuring the unfortunate of all kinds, beggars , workers in misery , scruffy kids and prostitutes . These characters seem more often crushed by their sad condition than revolted. He is also the specialist of cats, which he draws without getting tired, in all their fantasy, playful, asleep or angry. He also draws female nudes.

Steinlen prefers drawing and pastel to depict the daily life of the street and its small trades . The realism of his drawings inspired certain works by Jean Peské , or the beginnings of Pablo Picasso . He also develops an engraved work, taking up the same themes as his drawings, or mixing politics with them, as in the lithographs by which he illustrates the misfortunes of Belgium and Serbia in 1914-1918. But it is above all his posters which, like that of the Black Cat Tour, are the source of its popularity. He also practices sculpture on the theme of cats ( Angora sitting cat ). He also illustrated literary works, such as the 1903 reworking of Soliloques du Pauvre by Jehan Rictus , and contributed to various humorous journals such as Gil Blas illustré , L’Assiette au Beurre ( from no  . 1), Le Rire and Les Hommes today , then Les Humoristes, which he founded in 1911 with Jean-Louis Forain and Charles Léandre.

Steinlen is buried in the Saint-Vincent cemetery in Paris.

In 1883, he produced a drawing, entitled Allons, chante, barbare, to illustrate the play, Le Rêve d’un Viveur, by Jean-Louis Dubut de Laforest, it was published in the collection of the play. In 1897, he became the main illustrator of La Feuille de Zo d’Axa and got involved during the Dreyfus affair by denouncing the military machinations and the lies of the general staff, dismissing justice and the army back to back.

The same year, he befriended Jean Grave and, when the latter launched Les Temps nouvelles in 1902, he was among the illustrators like Maximilien Luce, Jules Grandjouan, Félix Vallotton, Paul Signac and Camille Pissarro. He also provided support for prints for raffles or for sales for the benefit of the New Times in which he participated until the First World War and the recovery until 1920. He made portraits of Jean Grave ( gouacheand print), illustrates many books and brochures related to the anarchist movement as well as War and Militarism by Jean Grave (1909), The State, its Historical Role by Pierre Kropotkine, The Social Question by Sébastien Faure or Evolution and Revolution by Elisha Reclus . Between 1901 and 1912, he drew in L’Assiette au beurre where he denounced social iniquities and affirmed his libertarian aspirations and approach.

In 1901, Samuel-Sigismond Schwarz called on his talents to illustrate the first cover of L’Assiette au beurre. Until then, Schwarz had only published rather light magazines; Steinlen was very aware of what was happening in the world of the committed press in Europe, he was a friend of Albert Langen , the founder of the German satirical review Simplicissimus, a militant publisher who was quickly condemned by the imperial power, and who was inspired in 1896 by the illustrated Gil Blas.

In 1902, Steinlen militates for the constitution of a trade union of painters and draftsmen of which he pronounces the speech of adhesion to the General Confederation of the work inJuly 1905. In 1904, he joined the Society of Designers and Humorists of which, in 1911, he was one of the honorary presidents. In 1905, he joined, along with Charles Andler, Séverine and Octave Mirbeau, the “Society of Friends of the Russian People and the Annexed Peoples” whose president was Anatole France. In 1907, he was among a committee formed to erect a statue to Louise Michel. He is also a signatory of various petitions against the death sentence of shoemaker Jean-Jacques Liabeuf in 1910. 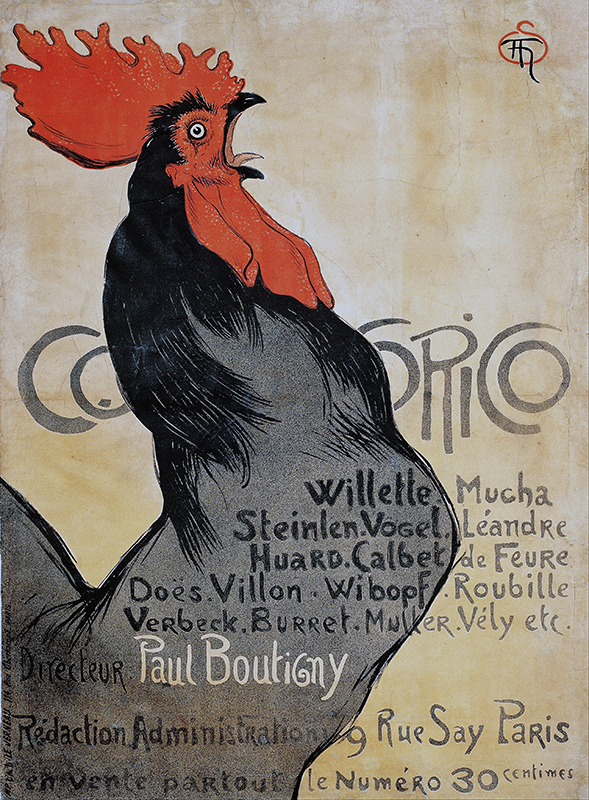 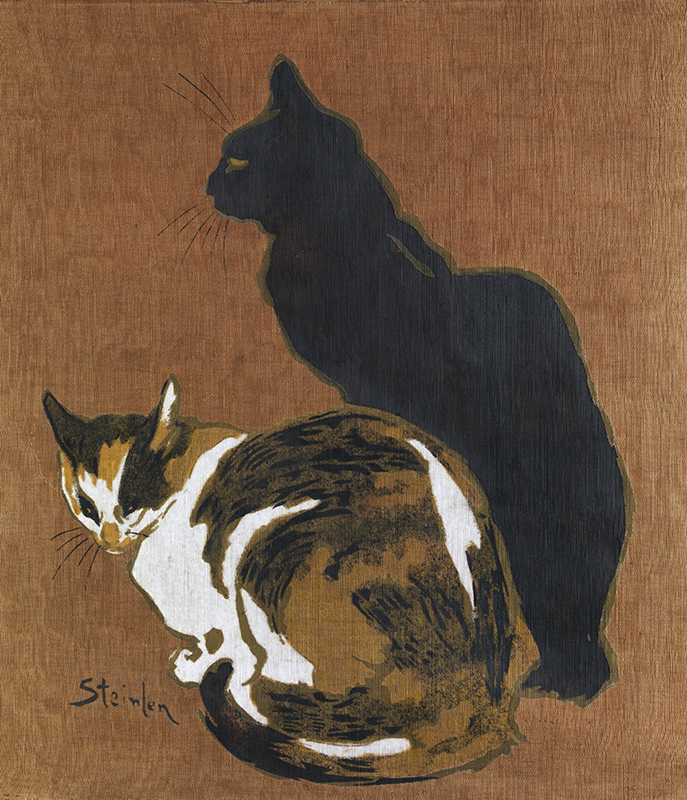