STEINIGANS, WILLIAM J. (1883-1918) American cartoonist born in New York City in 1883. For practically his whole career—except for contributions to the humorous weekly magazines around the turn of the century—W.J. Steinigans was employed by the Now York World; he joined the staff as a cartoonist at the age of 19. For the magazines, and for the World at first, Steinigans specialized in dog cartoons, but he soon abandoned single-panel drawings for strips. Among his best-remembered features are The Dad Dream That Made Hill a Better Buy, Splinters the Clown and Mr. Hubby. His drawing style was wistful and breezy, a bit like that of his young compatriots Billy Marriner and Gene Carr. His panels were open—he seldom used solid blacks—and populated by animated dogs and kids.

Steinigans, who was never in good health, moved to California around 1913 and worked for his paper by mail; there he remained, except for several trips to Arizona, until his death in Los Angeles on January 25. 1918. 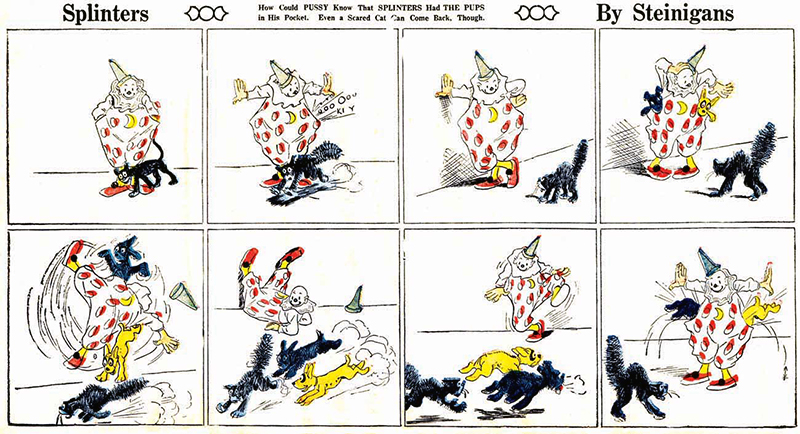 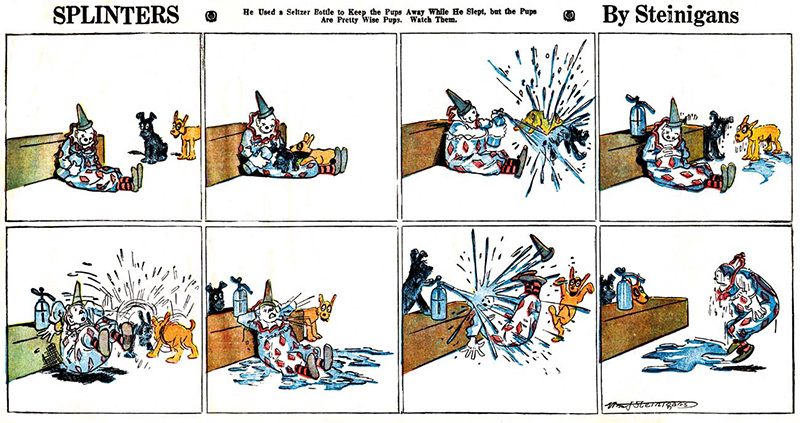