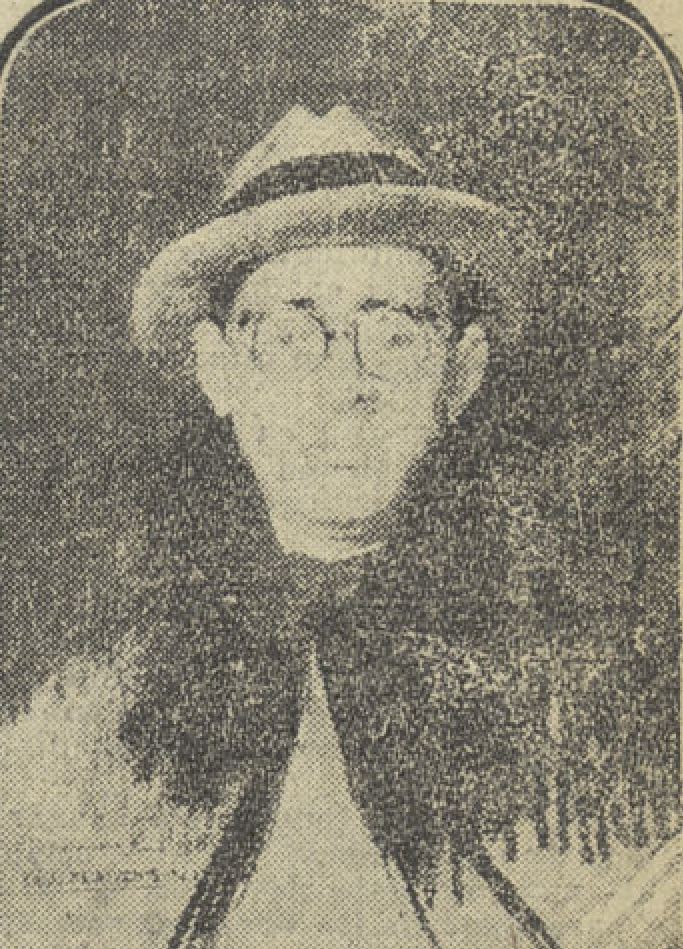 He was born in Oviedo (Spain) on October 26, 1890 and his first years of life took place in the Campillín neighborhood of his hometown where, after receiving general education, he graduated in mercantile accounting, at the School of Arts and Crafts of Oviedo. Regarding artistic studies, Sirio always declared himself self-taught. He wrote his first stories when he was 16 years old and at 18 he published some in the magazine Luz y Vida de Oviedo, already signed with the pseudonym Alejandro Sirio that he kept for the rest of his life. Also in Oviedo he made some drawings that his family keeps, signed with his first name, Nicanor.

At the age of twenty he embarked for America, arriving in Buenos Aires on July 20, 1910. After several jobs in various small businesses as a cashier, accountant and clerk, “Sirio” himself remembers that his first important job as a graphic artist was design of a poster for a movie theater in the neighborhood of Belgrano . Then came his collaborations with José María Ramón Mejía in the newspaper El sarmiento . In 1912 he draws some figurines for the shop window of the business where he worked, which are observed by Julio Castellanos collaborator of Manuel Mayol in the magazine Caras y Caretaswho studies his drawings and invites him to collaborate in the magazine, a relationship that would last twelve years and that he would combine from 1916 with his collaboration in the Plus Ultra magazine . In 1918 he presented his first work in an exhibition “The Romantic Garden” at the First Salon of Decorative Arts organized by Anglada’s American disciples, Alfredo González Garaño and Gregorio López Naguil, and in which he shared a space with Rodolfo Franco, Alfredo Guido, and Jasé Cervino among others. In 1924 he is hired by the newspaper La Nación where he assumes the artistic direction of the Sunday supplement. His international recognition would come from Enrique Larreta ‘s proposal in 1927 to illustrate a special edition ofThe glory of Don Ramiro , after several months of preparation, “Sirio” travels to Spain in 1928 to verify the scenarios that appeared in the book, visits his mother in Oviedo and settles in Madrid where he attends literary gatherings, visits Ávila and Toledo and go through the scenarios where Don Ramiro lived in the drawing.

From Spain he travels for the first time to Paris where he visits exhibitions and is interested above all in street entertainment and where his friend Enrique Amorin accompanies him to visit the painter Ignacio Zuloaga who is impressed by the illustrations that Sirio shows him and that the painter describes as ” work of a monk” advising him “not to draw so well since the most difficult thing is to finish a work of art down to its last detail”. He returns to Buenos Aires focusing on the preparation of the book and the 141 illustrations it contains, which, published in France, are finally presented in 1929, having great success. In June 1931 he made his first solo exhibition at the “Witcomb Gallery” consisting of 44 drawings that include illustrations of La Gloria, personal caricatures such as those of Bartolomé Miter or Nicolás Avellaneda, historical figures such as Juana la loca or Lope de Vega, historical recreations such as Sebastian Caboto’s Landing, and some works of social expressionism. At the end of July 1931, with the money obtained from La Gloria and converted into a correspondent for La Nación and Noticias Gráficas , he left for Paris where he settled for a year in which his experience was intense, museums by day and bohemian by night, he visited the gatherings and the cafés Le Dôme, La Coupule and La Rotonde where the artistic and literary world meet at that time and where they interact with writers such as Enrique Amorin , Leopoldo Marechal , Jean Cassou, André Salmon , Mergault or Robert Desnos , and with well-known artists such as José Fioravanti , Mateo Hernández , Ortiz de Zárate, Pablo Picasso , Derain, or Foujita among others. Upon his return from Paris in 1932, he settled permanently in Buenos Aires where he continued his work in La Nación and in the magazine El Hogar . At a meeting of artists, he meets the painter Carlota Stein, daughter of Enrique Stein, cartoonist and director of the satirical newspaper El Mosquito ., and Adela Alejandrina Picard, cartoonist and painter, with whom after two hours of conversation he gets engaged in marriage, a fact that materialized shortly after. In 1933 he inaugurated an exhibition made up of 33 drawings at the Provincial Museum of Fine Arts of Paraná. The fame obtained from him as a recreator of environments through his prints of Glory made him one of the most sought-after illustrators of historical texts. Thus he illustrated the Virreinal Chronicles published in El Hogar by the writer Antonio Pérez Valiente de Moctezuma. In 1937, he illustrated with 50 drawings the book Poemas de la Fundaciónof Mariano de Vedia y Miter and the following year two important events take place, his son Alejandro Sirio Álvarez Stein is born and is called by the Compañía Hispano Argentina to carry out the two large murals of the “Jujuy” station of the “E” line of the meter.

In 1939, disillusioned with the Spanish political situation, he became an Argentine citizen and the following year he was appointed professor of the Book Arts chair at the Prilidiano Pueyrredón National School of Fine Arts , a chair he held until his death and held an exhibition sponsored by the Friends of the Museum of Mendoza. In 1944, he illustrated with 84 drawings the work of Emilio Lascano Tegui Boys from San Telmoand in 1947 he received his greatest recognition when he was awarded the Gold Medal at the First Annual Drawing Show held in Buenos Aires and was elected president of the Cartoonists Association. In 1948, he published “From Palermo to Montparnase” with his own text and a large number of drawings, a book in which he captured the experiences of the time when he traveled to Paris. In June 1950, Sirio opened an exhibition of his works at the Galería Argentina in Buenos Aires, an exhibition that was repeated two years later. The last book that Sirio illustrated was a second edition of La Pampa erguida by his friend Federico García Sanchizwhich was published in 1951 and for which Sirio made one hundred and twenty drawings. In September 1952, Sirio attended the inauguration of the Severo Vaccaro Caricature Museum in Buenos Aires, where he was one of the cartoonists represented.

Shortly after, on May 6, 1953, he died at the age of sixty-two. As a result of his death, various exhibitions were held in homage to the work of Sirius both in Argentina, where the Cartoonists Association organized an exhibition at the Argentine Gallery, and in Spain, where the Institute of Hispanic Culture inaugurated a major exhibition in February 1954. in the National Library of Madrid composed of 169 originals as well as reproductions, books and manuscripts. Later, a part of said sample was exhibited in the Provincial Palace of the Diputación de Oviedo and in the Jovellanos Royal Institute of Gijón.

Work: Alejandro Sirio developed his work mainly in newspapers and magazines during the first half of the 20th century, that is, during the golden age of graphic illustration, among which the newspapers La Nación and La Prensa and the magazines Caras y Caretas , Plus Ultra , Graphic News , El Diario Español , or El Hogar en Argentina and Buen Humor , Thank you very much or Luz y Vidain Spain, so the daily nature of his production destined for the graphic media imposed a language adapted to them, both in the message and in the technique, although his deep knowledge of the resources of drawing and graphic techniques, his talent natural, his literary sensibility, and his connection with the world of culture allowed him to produce a work of great quality and develop his own style, diverse but recognizable, whose greatest quality is that his drawings are not subordinated to the text, they re-interpret it and complement, their quality means that when they have lost their first illustrative meaning, their true essence is discovered and they are transformed into an image of pictorial quality. Sirius also illustrated a good number of books,From Palermo to Montparnasse written by Sirio himself and in which he recounts and illustrates his memories of the trip and his stay in Paris and which we will talk about later.

Throughout his abundant work Sirio made illustrations in a wide variety of genres, he began making ornaments, vignettes, cartoons, caricatures, and costumbrista illustrations, which served him to learn, to mature, to develop his sensitivity and move towards illustration. journalistic, literary and historical that are his most important legacy. His work evolved from humorous, costumbrist illustration, sometimes somewhat grotesque and static, to serious literary drawing, environmental recreation and personal interpretation, ending with an explosion of expressiveness in movement.

To make his work, Sirio used all the usual techniques in the graphic media of the time, that is, India ink for black and white illustrations and various combinations of India ink, watercolor and tempera for color illustrations. 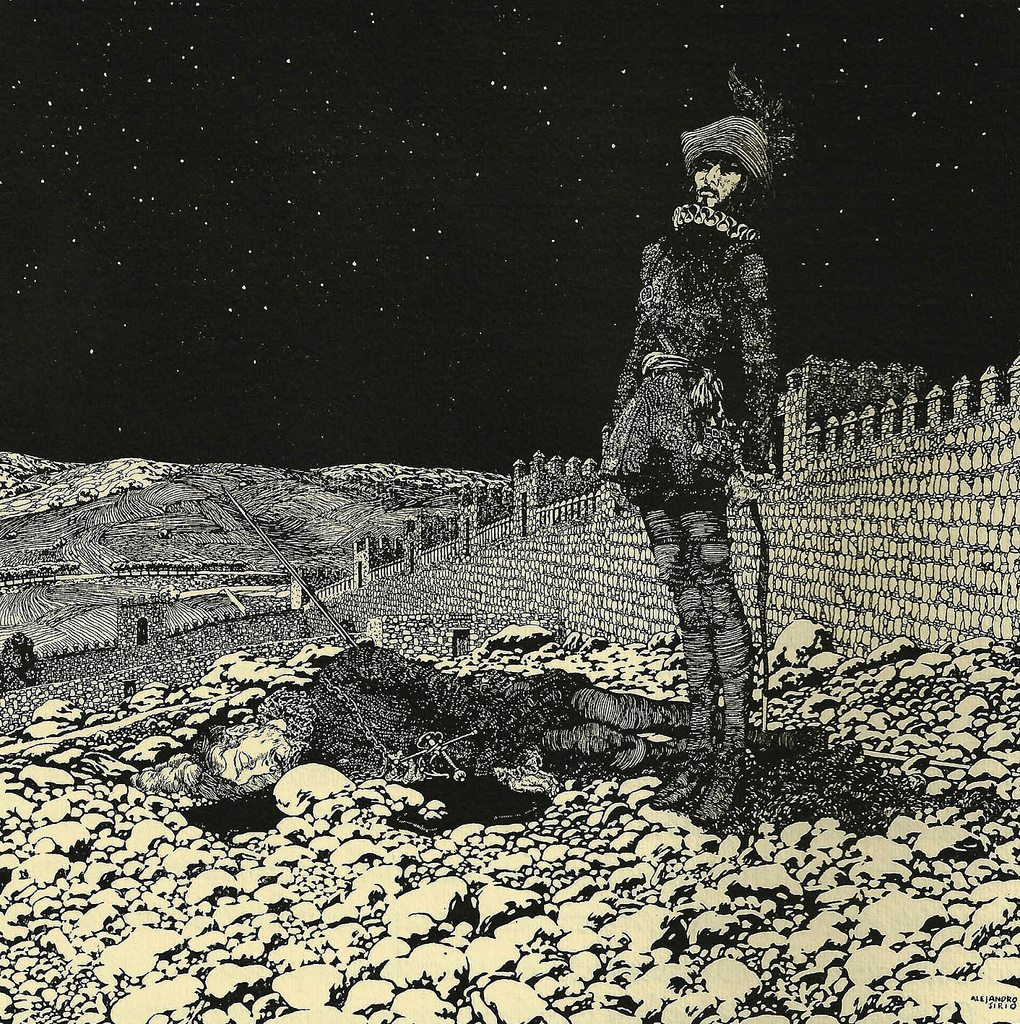 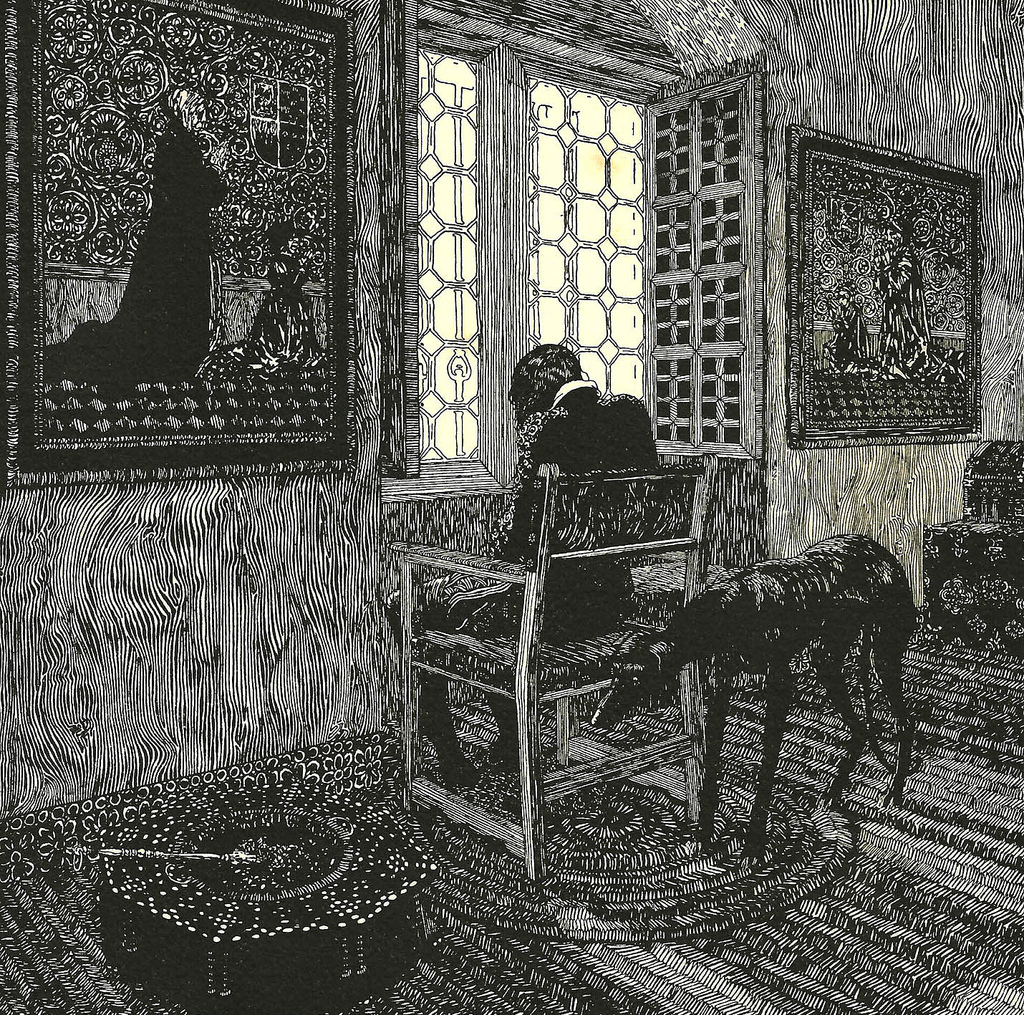 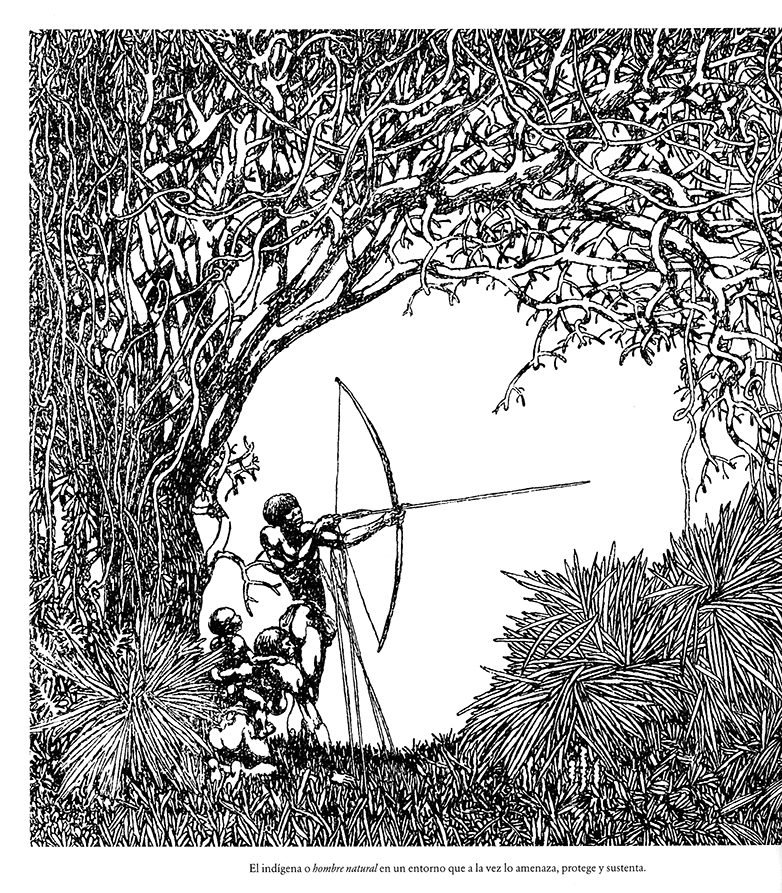