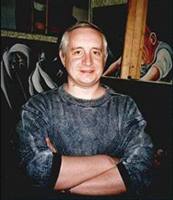 Was born in Moscow, Russia.
In 1989, Igor began working as a professional artist. As a painter he has participated in art exhibitions in Moscow, San Francisco, Berlin, and NewYork. He has had three personal exhibition in Norfolk, Virginia. In 1995, Igor Revyakin started working as a cartoonist for a popular English-language newspaper, “The Moscow Times”, published by Independent Media. As a free-lance artist, his work has been publish in “The Capital”, “The Economist”, four Russian humor magazines and seven newspapers. In 2000, at the 12th Caricature Biannual “Humoristic Art in the World”, held in Italy, Igor Revyakin was awarded “special mention for the original idea and the technical skills”. In 2002 he won 3rd prize in the St-Peterburg cartoon contest in Russia and Grand Prix in the International Festival of cartoon “Ricardo Rendon” in Colombia. 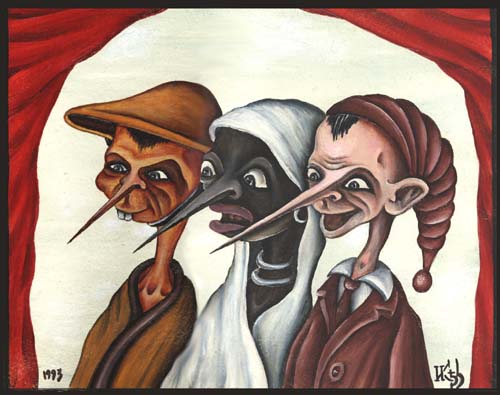