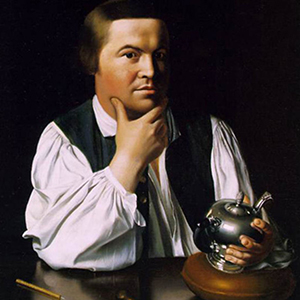 Paul was born in Boston.
Paul Revere was primarily a silversmith, but his versatil¬ity was amazing: he experimented with transferring silverwork techniques to copperplate; he engraved some of the earliest American cartoons: his activities as revolutionist, propagandist and patriot are well documented; he manufactured gunpowder, discovered the process for rolling sheet copper and invented artifi¬cial dental devices.
Revere executed engravings for the Royal American Magazine and later engraved his own versions of Franklin’s classic “Join or Die” cartoon for the Mas¬sachusetts Spy, or Thomas’s Boston journal in 1774. His cartoon “The Boston Massacre.” drawn, engraved and hand-colored in 1770. was a precursor of many political cartoons for generations to come. It had little regard for truth (the “massacre” happened not at all as Revere pic-tured it), was hardly original (in fact, it was copied from a sketch by John Singleton Copley’s stepbrother) and was devastatingly effective (becoming a major linchpin in the independence crusade). Other Revere cartoons in¬cluded “A Warm Place—Hell” and a simple representa¬tion of martyred patriots’ coffins (for thcGozette), which introduced the coffin as a lasting cartoon icon.
As a cartoonist, Revere was a strong “concept man” and an adequate copyist. As an artist and craftsman, his later credits include designing and printing the first Continental money, and designing the official seals of both the Continental Congress and the state of Mas¬sachusetts. He died on May 10. 1818 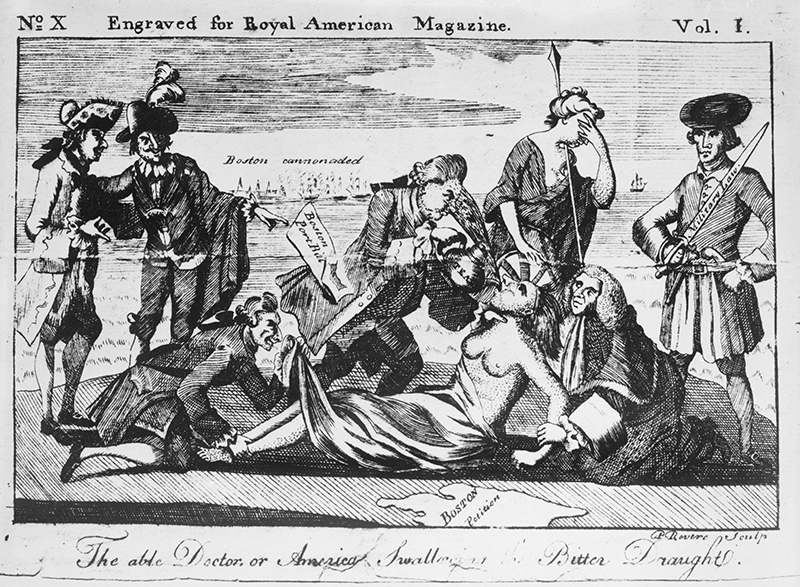 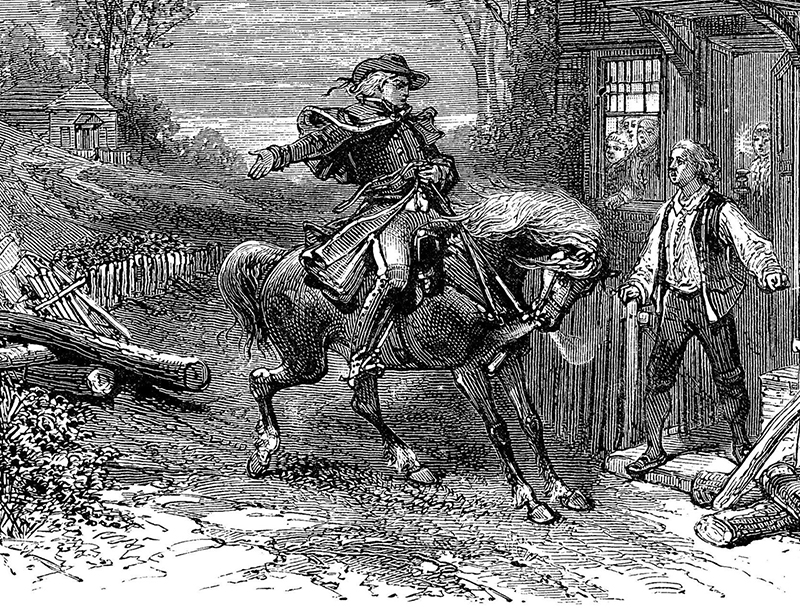